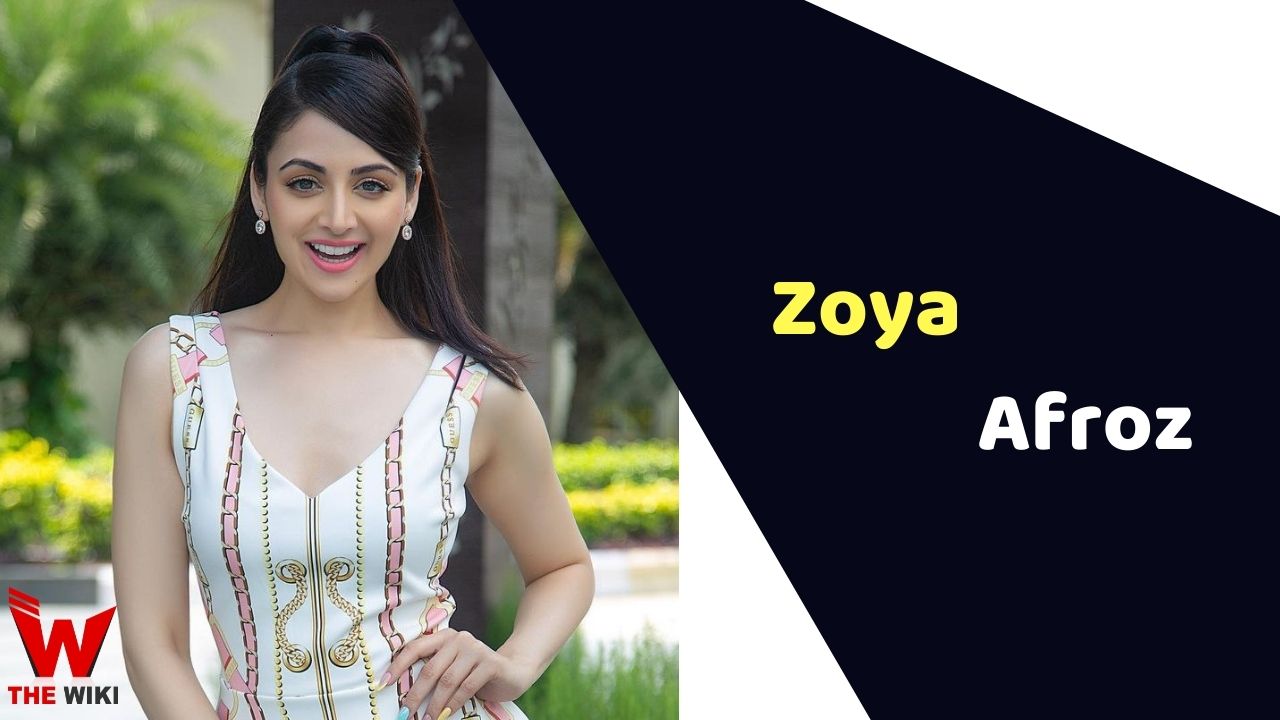 Zoya Afroz is an Indian actress and model. She was crowned as Miss India International 2021 and will represent India at Miss International 2022 in Japan. She started her career as a child artist in the TV series Kora Kagaz in 1998. Later she was seen in Bollywood films Hum Saath Saath Hain, Man, and Kuch Naa Kaho.

Zoya Afroz was born on 10 January 1994 in Lucknow, Uttar Pradesh. Her father’s name is Shadaab Afroz, and her mother’s name is Saleha Afroz. She has a sibling named Zaf Khan. Zoya did her schooling at R.N. Shah High School, Juhu, and graduated from Mithibai College, Mumbai. Zoya holds a degree in Bachelor of Commerce.

Zoya began her acting career with the family-drama film Hum Saath Saath Hain as Radhika in 1999. She played the role of Neelam Kothari’s daughter and garnered huge fame through the film. Later she got chance to play child roles in Mann, Kuch Naa Kaho ans From Tia With Love

In 2012, Zoya professionally started her acting journey through Punjabi film Sadi Gali Aaya Karo, played the role of Channo alongside Nav Bajwa, Raghveer Boli and Anuj Puri. She got cast in the 2014 romantic-thriller movie The Xpose as Chandini Raza. She starred in the movie Sweetiee Weds NRI as Sweetie Desai in 2017. In 2019, she got featured in the Tamil movie Paamban as Vasundra. Recently, she did a movie Kabaad: The Coin as Roma, in 2021.

Some Facts About Zoya Afroz

If you have more details about Zoya Afroz. Please comment below we will updated within a hour.