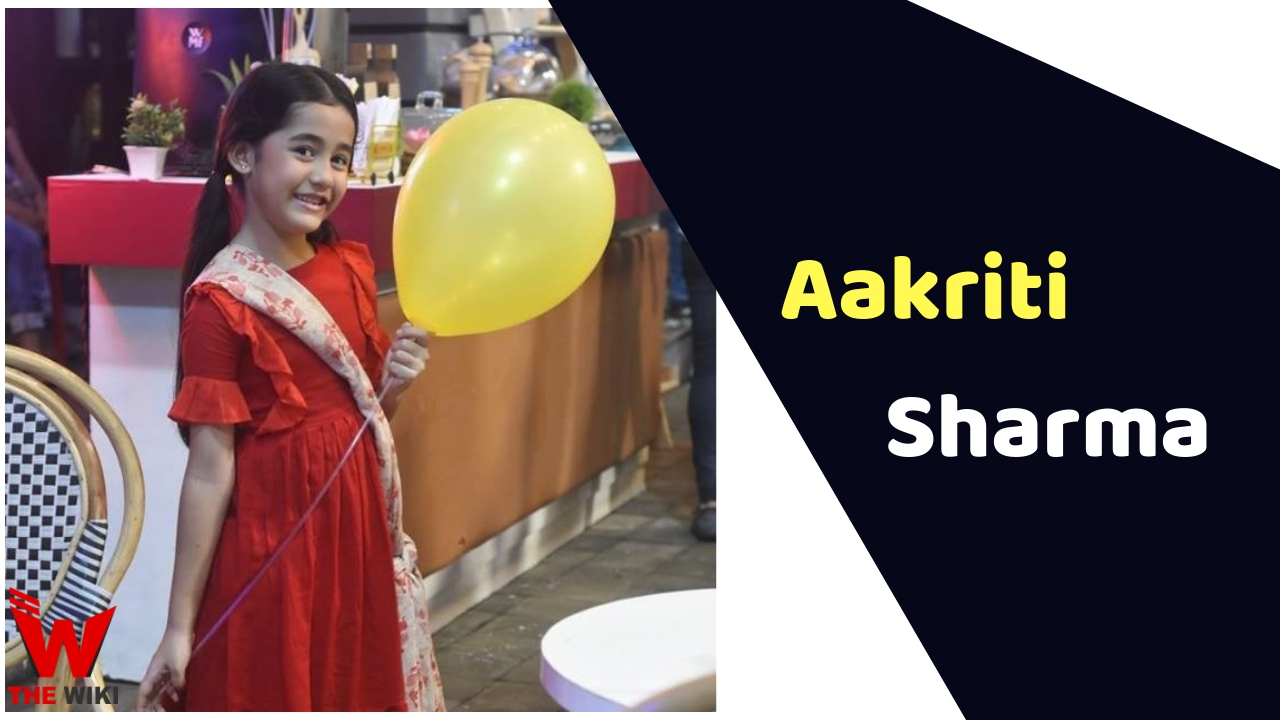 Aakriti Sharma is a famous child artist of Hindi Television who are playing Kulfi’s character in star plus show “Kulfi kumar Bajewala”.  Aakriti was selected for this show at the age of 7 years. Earlier it, she was also seen in many brand advertisements.

Sharma was born on 8 September 2011 in Haryana. Before the show, her family was live in New Delhi. Aakriti’s father name is Hari Sharma and he is a banker. Aakriti’s mother Dimple Sharma takes care of everything need of Aakriti  like food, shooting and studying. Due to the shooting of the Aakriti, the whole family has shifted from New Delhi to Mumbai after 8 months start of the show.

Aakriti have always been passionate about  dancing and mimicry. Considering her fondness, her parents decided to send her to the field of acting. Aakriti auditioned for the Kulfi Kumar Bajewala Show in New Delhi in which she was selected for the role of Kulfi. To work in this show, Aakriti came to Mumbai under the care of her mother.  Aakriti debut with this show which was aired on Star Plus from March 19, 2018.

Aakriti Sharma is also good in studies in addition to the acting, she studies 4-5 hours daily even after eight hours shooting. She is currently studying in Class 4.

In the year 2018, Aakriti has been honored by the Indian Television Academy’s Best Child Actor Award.

Some Facts About Aakriti Sharma

Aakriti Sharma Video If you have more Details about Aakriti Sharma. Please comment below we will updated within a hour.