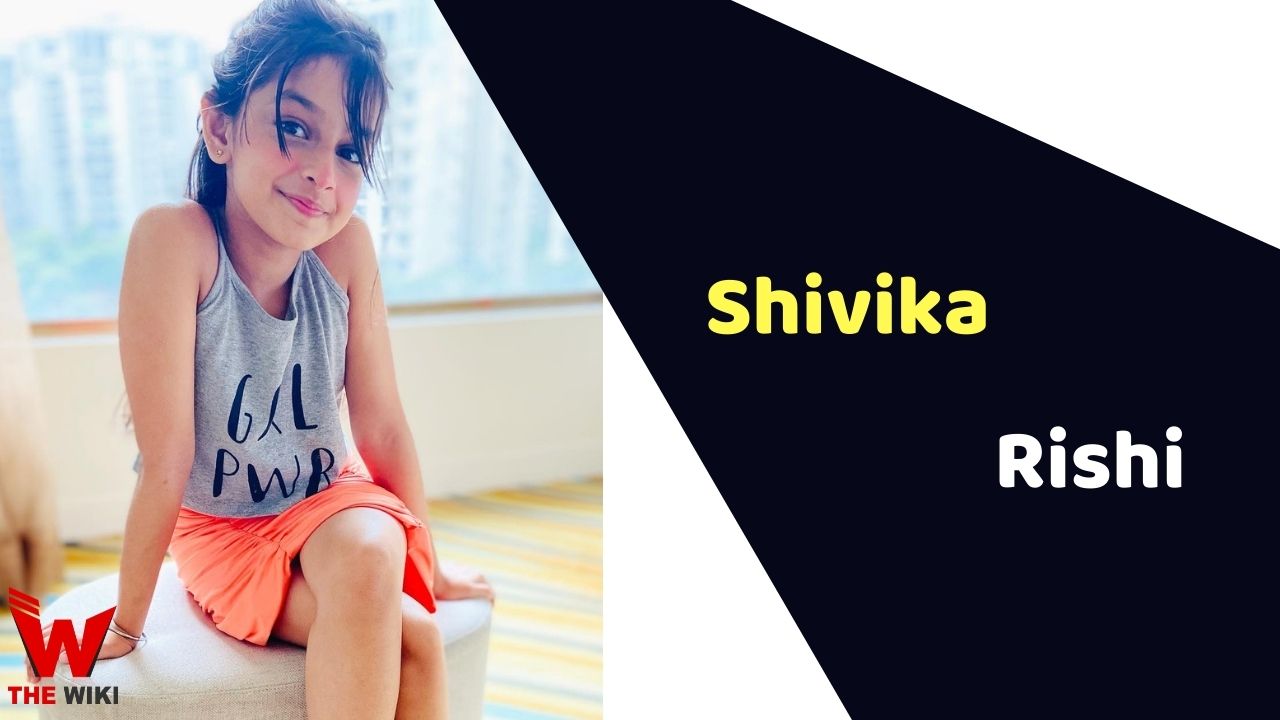 Shivika Rishi is an Indian child actor. She came into limelight after her performance in television show Kasam Tere Pyaar Ki aired on Colors TV from 2016-18. She has also played role of Diya in Parth Samthaan and Erica Fernandes starring show Kasautii Zindagii Kay 2. Besides, Shivika has appeared in several Bollywood films and television commercials.

Shivika Rishi was born on 2 July 2012 in Mumbai, Maharashtra to Anand Rishi and Shilpa Sodiyan.

Shivika began her career at the age of 4 in the glamour Industry. She participated as a child model in India Kids Fashion Week 2016 and became showstopper. She consequently got opportunity play Natasha role in daily soap opera Kasam Tere Pyaar Ki starring Kratika Sengar and Sharad Malhotra. She later portrayed Diya (Anurag and Komolika’s adopted daughter) in Star Plus drama show Kasautii Zindagii Kay 2. Meanwhile, she has been acted in many Bollywood films including Bharat (with Salman Khan and Katrina Kaif), Family of Thakurganj (with Jimmy Shergill and Mahie Gill) and Ave Maria.

Apart from acting, Shivika is a well-known personality in the industry today and has endorsed several popular brands and products.

Some Facts About Shivika Rishi

If you have more details about Shivika Rishi. Please comment below we will update within an hour.