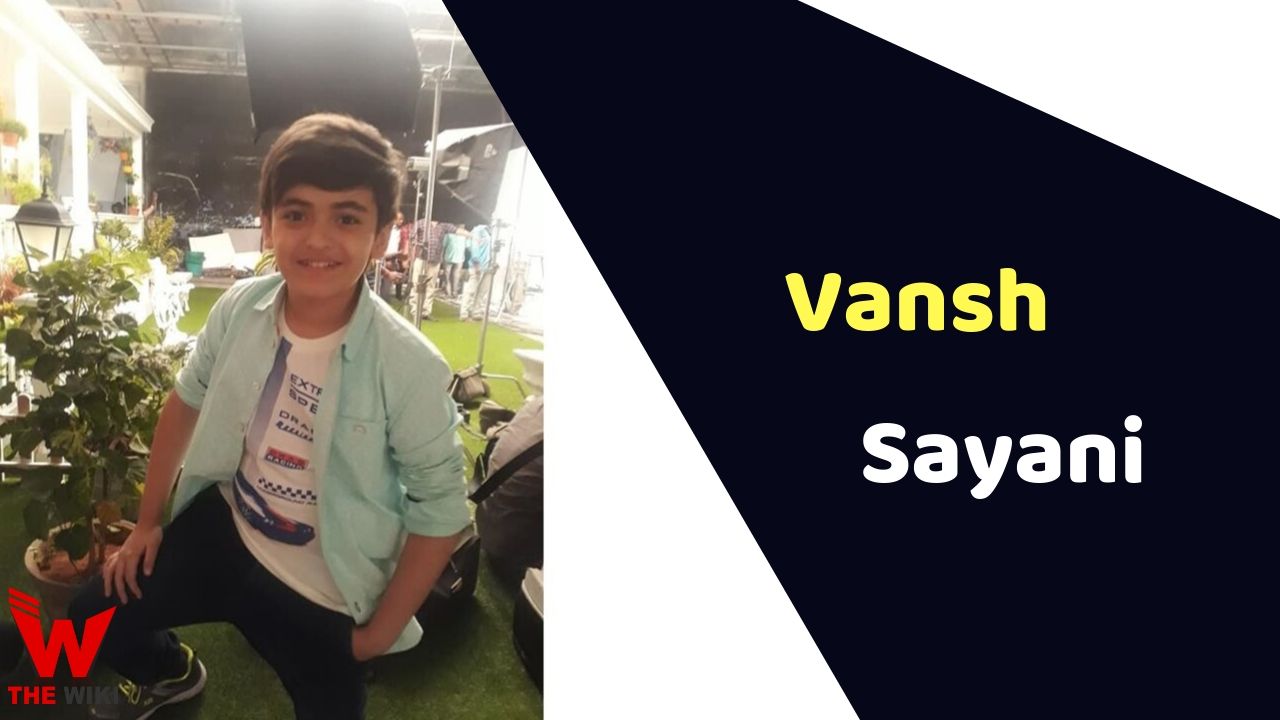 Vansh Sayani is a Indian child artist, he is belongs from Mumbai and has done more than 50 advertisements and television shows till now. Vansh has worked in television serials including Baalveer 2, Saath Nibhana Saathiya and Ishqbaaz.

Vansh Sayani was born on 10 April 2009 in Mumbai, Maharashtra. He started his career at a very young age. He first appeared on television with Saath Nibhana Saathiya at the age of 5. In this show, he played the role of child character Prateek Dhaval Desai, after doing this show, he advertised for many big brands like “Rasna”, “Godrej”, “Kanak Atta”, “Bingo”, “Usha”. He has been worked with celebrities like Sachin Tendulkar, Virat Kohli, Rohit Shetty, Rohit Sharma and Karisma Kapoor through advertisements.

Vansh is also very famous in the world of television serials. He played the lead child character Vivaan in SAB TV channel’s famous show “Baalveer Returns“. Apart from that he plays also major roles in Ishqbaaz and mom & co. Nowadays, He is the fastest growing child artist on Indian television industry.

Some Facts About Vansh Sayani

If you have more Details about Vansh Sayani. Please comment below we will updated within a hour.