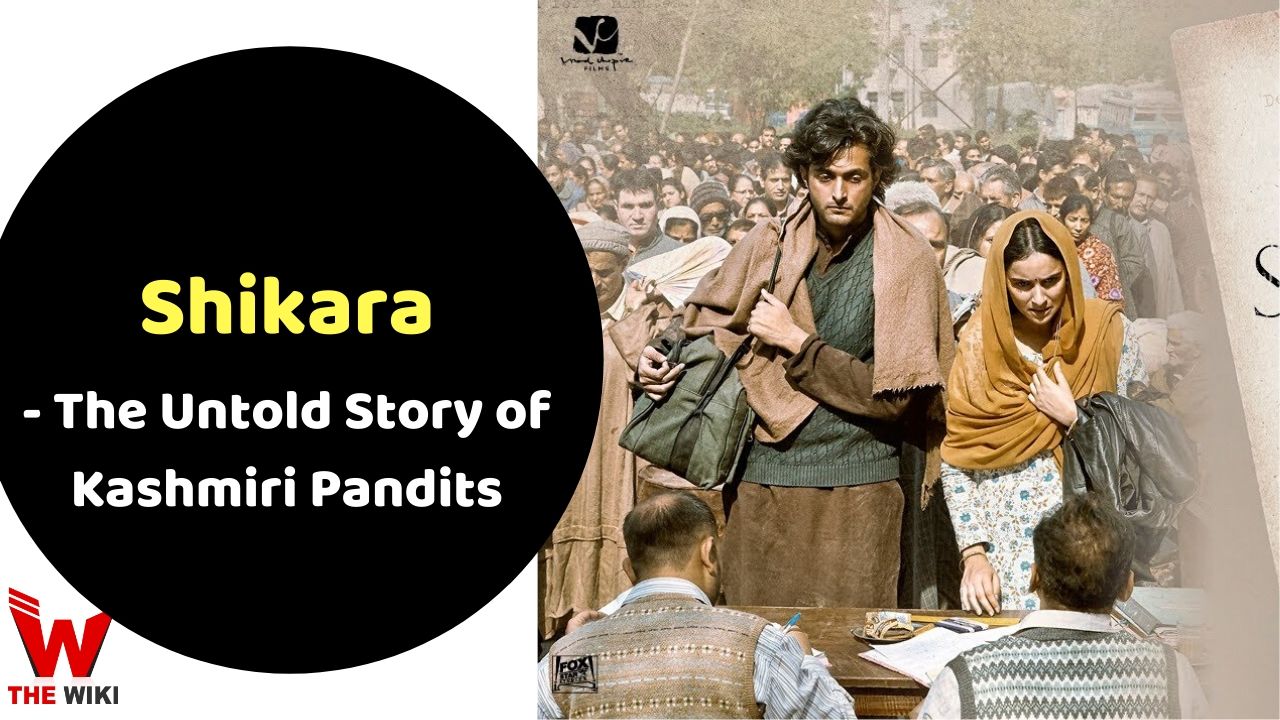 Shikara – The Untold Story of Kashmiri Pandits is an upcoming Hindi film. Directed, produced and written by Vidhu Vinod Chopra. Vidhu Vinod Chopra is directing a film after 13 years. His previous directed film Eklavya: The Royal Guard was released in the year 2007. Newcomer Sadia and Adil Khan are debuting in this film.

The story of this film is based on Kashmiri pandit exodus from Kashmir when more than 4 lakh Kashmiri pandit had to leave Kashmir Valley in January 1990. This story revolves around two young couple Shanti and Shiv Kumar Dhar. Those who have to leave their homes and go to the refugee camp during the Exodus of Kashmiri Hindus.

Here’s the complete cast and crew of Film Shikara :

The film will be released on 7 February 2020. The first trailer of this film was launched on 7 January 2020.

If you have more details about the Film Shikara, then please comment below down we try to update it within an hour