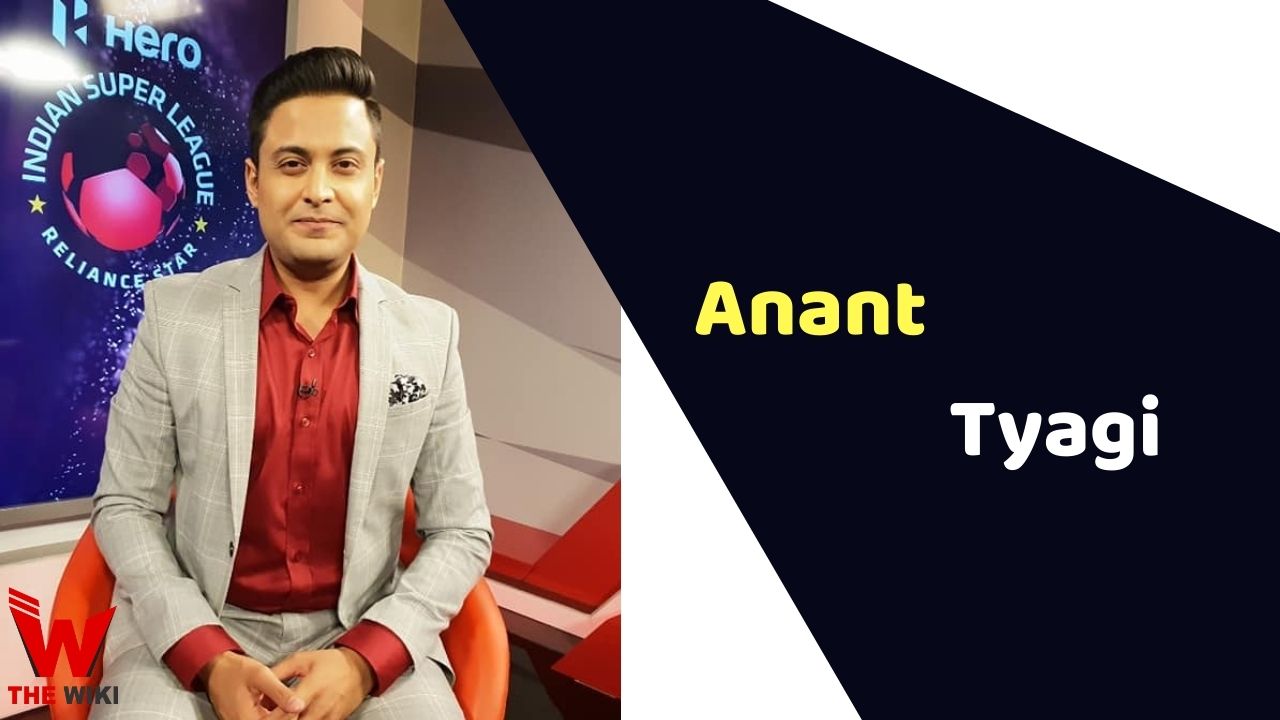 Anant Tyagi was born on 23 November in New Delhi, India. He currently lives in Mumbai, Maharashtra. His great-grandfather Dushyant Kumar was a great poet of modern Hindi literature. Anant spent childhood with his maternal grandfather Kamleshwar who is also a writer and Padma Bhushan award winner. He wrote several films including Anandi, which was directed by Gulzar.

Anant Tyagi received his early education from Delhi. After this, he was sent to Doon School, a boarding school in Dehradun, Uttarakhand at the age of 11, from where he completed his further studies. Anant earned Bachelor of Arts (B.A.) degree in Economics degree from Hindu College, Delhi University. After this he did masters in Mass Communication from Jamia Millia Islamia.

Anant has also done a Digital Communication and Multimedia course from The London School of Economics and Political Science (LSE), London, England.

Anant started his career as a television presenter and sports commentator. He is presenting the Indian Super League for 5 seasons and has recently completed 300 matches as a commentator and presenter. Anant was also seen hosting the IPL in 2020. He has also anchored in the ICC Cricket World Cup 2019 and ICC Champions Trophy. He has also worked internationally for the Rio Olympics. Anant has also done live ground zero anchoring in IPL from 2017 to 2020.

Anant Tyagi married Sagarika Chhetri in late 2016. Sagarika is also a TV presenter and anchor. They first met at the talent training workshop soon after that, the two started dating each other and together they hosted the ISL season review show and ICC Champions Trophy.

Some Facts About Anant Tyagi

If you have more details about Anant Tyagi. Please comment below we will updated within a hour.