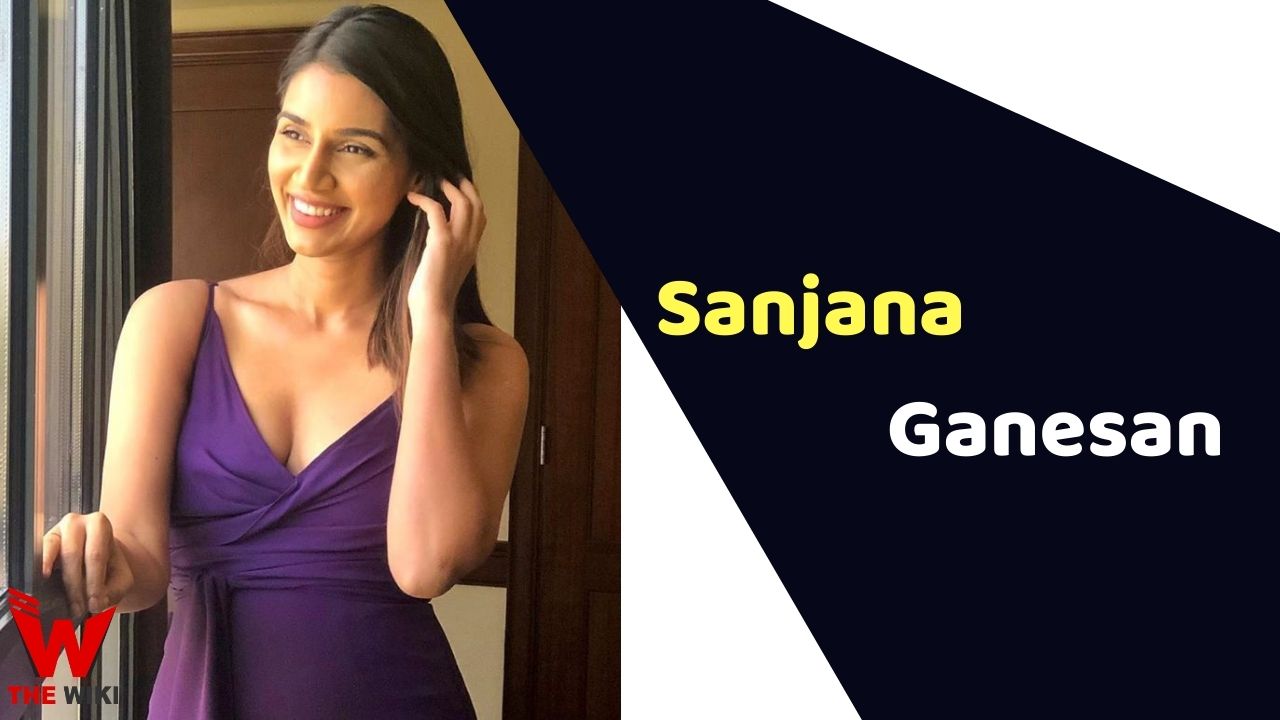 Sanjana Ganesan is an Indian model and anchor. She is known for hosting and anchoring cricket, badminton, and football events for Star Sports India. She was also seen anchoring in IPL 2020. Ganesan has participated in many beauty pageant competition. She is originally from Pune, Maharashtra.

Sanjana Ganesan was born on 6 May 1991 in Pune, Maharashtra. Her father Ganesan Ramaswamy is a Management Guru & Author while mother Dr. Sushma Ganesan is a Lawyer & Fitness Coach. She also has a younger sister, Sheetal Ganesan, who is a Dentist. She currently lives in Mumbai, Maharashtra.

Sanjana Ganesan completed her early education from The Bishop’s School, Pune, after which she obtained her B.Tech degree from Symbiosis Institute of Technology, Pune in 2012. She is the gold medalist of Symbiosis Institute of Technology, Pune. After completing her graduation, she worked as a software engineer at CDK Global, an IT and digital marketing firm, from 2013 to 2014.

She joined Star Sports as a sports anchor in the year 2016, where she anchored in various tournaments like IPL, Badminton Premier League, ISL. Sanjana has also hosted the 2019 Cricket World Cup which gained her a lot of popularity.

Sanjana has been associated with Kolkata Knight Riders, the popular Indian Premier League team for the past few years and for them she hosted a program called ‘Knight Club’. She has also hosted the IPL Auctions of Star Sports.

Sanjana Ganesan was in relationship with actor Ashwini Koul but the couple broke up in 2015. She tied the knot with cricketer Jasprit Bumrah on 15 March 2021 in Goa. The wedding took place in the presence of just 20 people.

Some Facts About Sanjana Ganesan

If you have more details about Sanjana Ganesan. Please comment below we will updated within a hour.