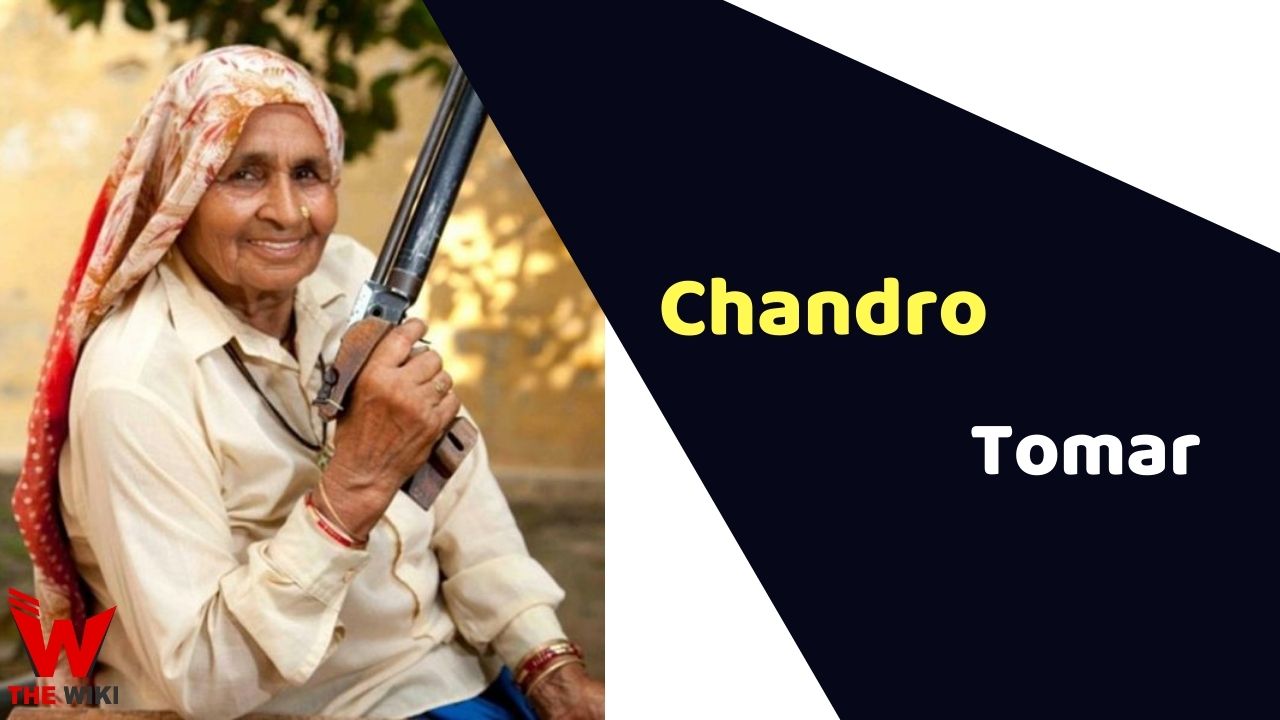 Chandro Tomar was an Indian shooter. She participated in more than 30 National Championships. She was the oldest player to participate in these competitions. Chandro began competing in shooting at the age of 65. A film based on her life was also released in 2019, in which her role was played by Taapsee Pannu.

Chandro Tomar belonged to a poor Jat family. She was married at the age of 15 only. She never did her schooling. In 65 years of her life, she has never dreamed of making a career in shooting. Her life take turn when her granddaughter, Shefali, started taking part in shooting competitions. She used to shoot to give company to Shefali. During this time, a person named Farooq Pathan was observed the hidden ability in her and motivated her to take part in the state level competitions.

Within two weeks, one of her articles was published in the local media. After which she became famous as Shooter Dadi. Her sister-in-law Prakashi Tomar also joined shooting along with her, after which the pair of both became famous. Chandro made her professional debut in 1999 by participating in the National Championship and during this time she defeated an army officer and won a silver medal. Shefali also won a silver medal in another category of the same competition. In a 17-year-long career, Chandro participated in more than 30 events and made a name for himself. The last time she won the Bronze medal was in a competition held in Delhi.

Some Facts About Chandro Tomar

For the inspiration you will always be…
You will live on forever in all the girls you gave hope to live. My cutest rockstar May the ✌🏼 and peace be with you ❤️ pic.twitter.com/4823i5jyeP

If you have more details about Chandro Tomar. Please comment below we will updated within a hour.