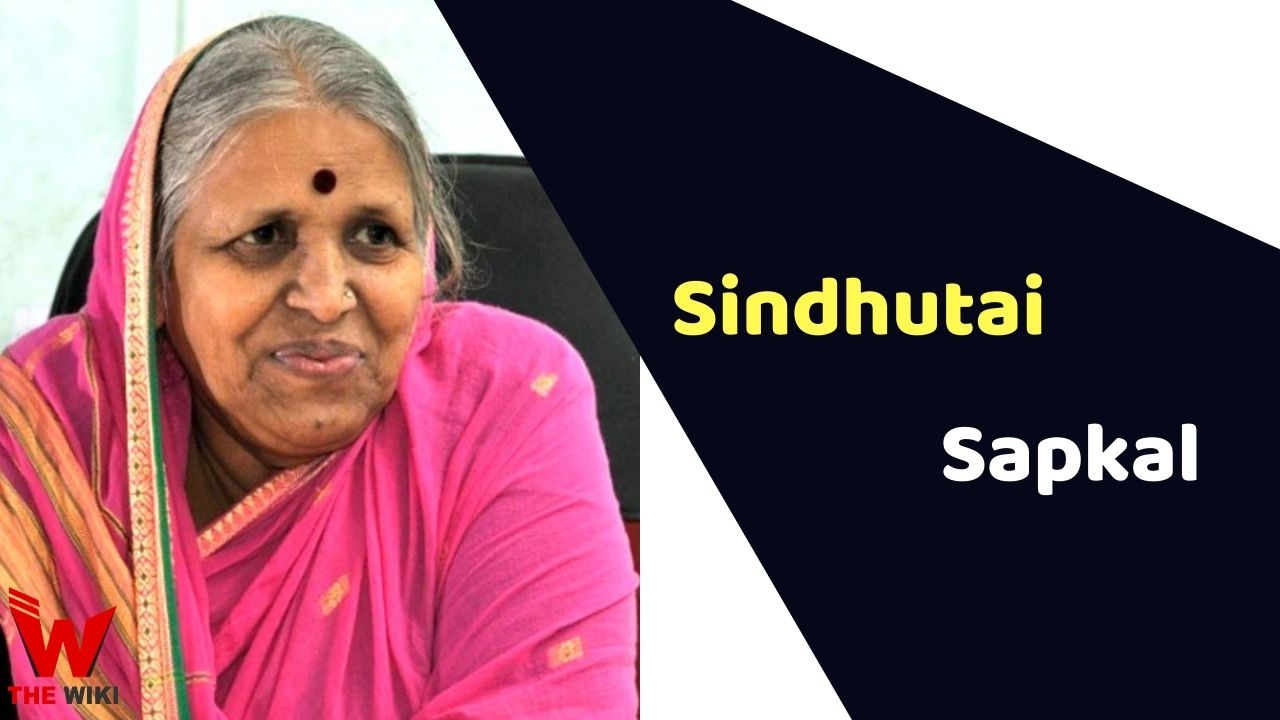 Sindhutai Sapkal is an Indian social worker. She is known as the “Mother of Orphans” and especially does the work of raising and nurturing orphan children in India. In the year 2016, Sindhutai was awarded a doctorate in literature by the DY Patil Institute of Technology and Research for her social service work. Padma Shri awardee Sindhutai Sapkal passed away at the age of 73 in Pune (Maharashtra) on 4 January 2022 due to a heart attack.

Sindhutai was born on 14 November 1948 in Wardha district of Maharashtra to a cattle herder family. Her father’s name was Abhimanji Sandhe. Born in a poor family, she had to wear chindi (Marathi word for torn piece of cloth). Her father was keen to educate Sindhutai and used to send her to school on the pretext of grazing cattle. Being financially weak, he could not even afford a slate. Hence she used the leaves of Bhaddi tree as a slate. She was forced to leave studies due to poor financial condition, family responsibilities and child marriage. Sindhutai studied only till 4th class.

Sindhutai resorted to begging on roads and railway stations to meet her needs. During the struggle for survival, Sindhutai came to Chikaldara in Maharashtra, where a tiger conservation project was carried out and as a result of which 24 tribal villages were evacuated. She decided to raise his voice against this dire condition of the helpless tribal people. Later her persistent efforts were recognized by the Forest Minister, who ordered the creation of relevant alternative rehabilitation systems for the tribal villagers.

Situations like these exposed Sindhutai to the harsh realities of life such as abuse, poverty and homelessness. During this time she was surrounded by numbers of orphaned children and helpless women and settled in the society. Sindhutai adopted these children and worked tirelessly to satisfy their hunger. To save herself from being partial to her daughter, Sindhutai sent her daughter to a trust in Pune for the sake of her adopted children.

Some Facts About Sindhutai Sapkal

If you have more details about Sindhutai Sapkal. Please comment below we will updated within a hour.