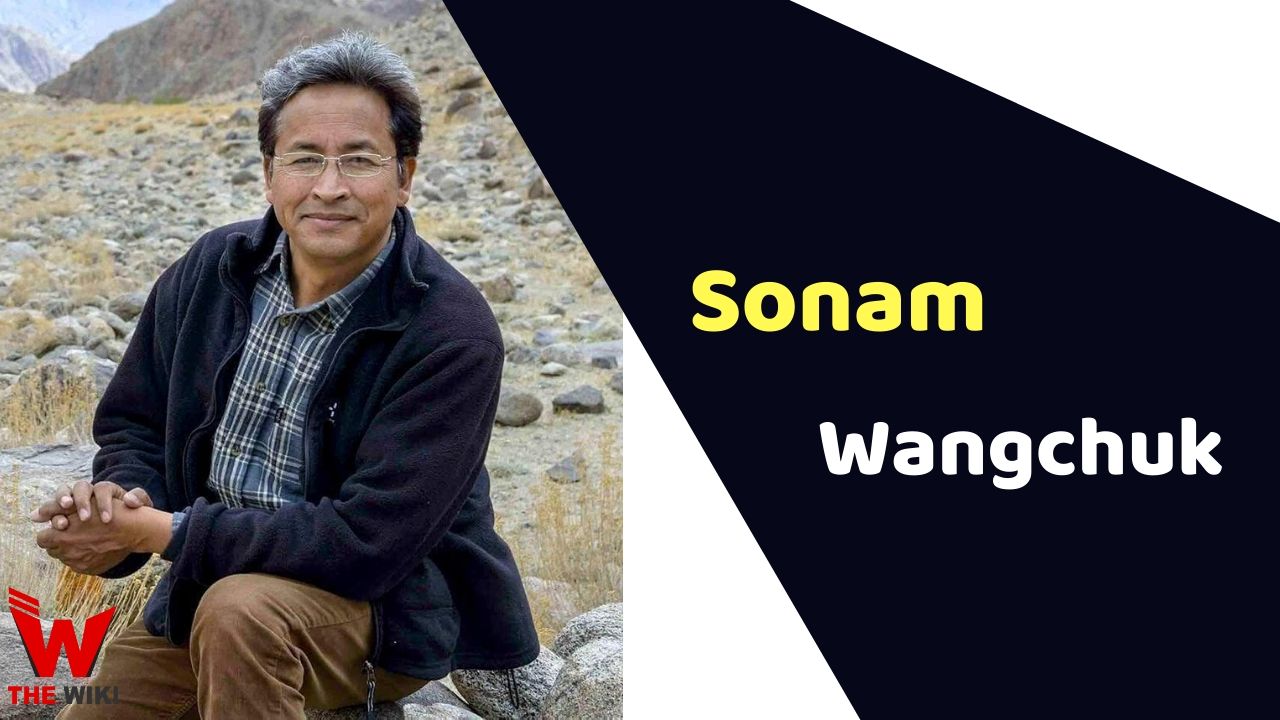 Sonam Wangchuk is an Indian engineer and innovator, A Bollywood film ‘3 Idiots’ has also been made on his life. He is originally from Leh-Ladakh. He has been awarded by many awards for the his social cause.

Sonam Wangchuk was born on 1 September 1966 in Uley Tokpo area of ​​Ladakh. He is the son of Indian national congress party member and politician Sonam Wangyal. He lived in such inaccessible places in Ladakh, where there was no electricity and education. As a politician father, his education was completed in Srinagar and Delhi.

Wangyal died a few years ago, leaving behind eight children. Wangchuk has three brothers who run a small business in Leh. Apart from them, he has 5 half-brothers and sisters. One of his sisters is employed as a doctor in Delhi and another as a pilot at Indian Airlines in Kolkata. His third sister is a sub-judge in Leh.

Born in an geographically difficult area, Wangchuk’s early education was given by his mother. The school was located about 150 km far from his house. At the age of 7, he took admission in the Kendriya Vidyalaya of Srinagar. In the early school days, he had to face a lot of problems. He neither knew Hindi nor English. After studying for some time from this school, he went to the Vishesh Kendriya Vidyalaya in Delhi to study. Sonam got degree in mechanical engineering from Srinagar’s National Institute of Technology.

Popularity and Social Cause

After receiving education, Sonam returned to Ladakh. He set up a school with the brothers named Students’ Educational and Cultural Movement of Ladakh (SECMOL) in Ladakh, He took loan of 40 thousand rupees for this school. Within a few months, he paid off his loan with full interest. He is also given training to develop innovative ideas along with the teaching to students in this school. Ladakh is naturally isolated, no government schemes can reach here. That is why he took the initiative to solve the problem of this area.

Sonam is known today for his work in Ladakh in all over India. Impressed by his life, Bollywood film maker Rajkumar Hirani also made a film 3 Idiots on him. In which the film’s character of Rancho was influenced by Wangchuk.

Some Facts About Sonam Wangchuk

If you have more details about Sonam Wangchuk. Please comment below we will updated within a hour.