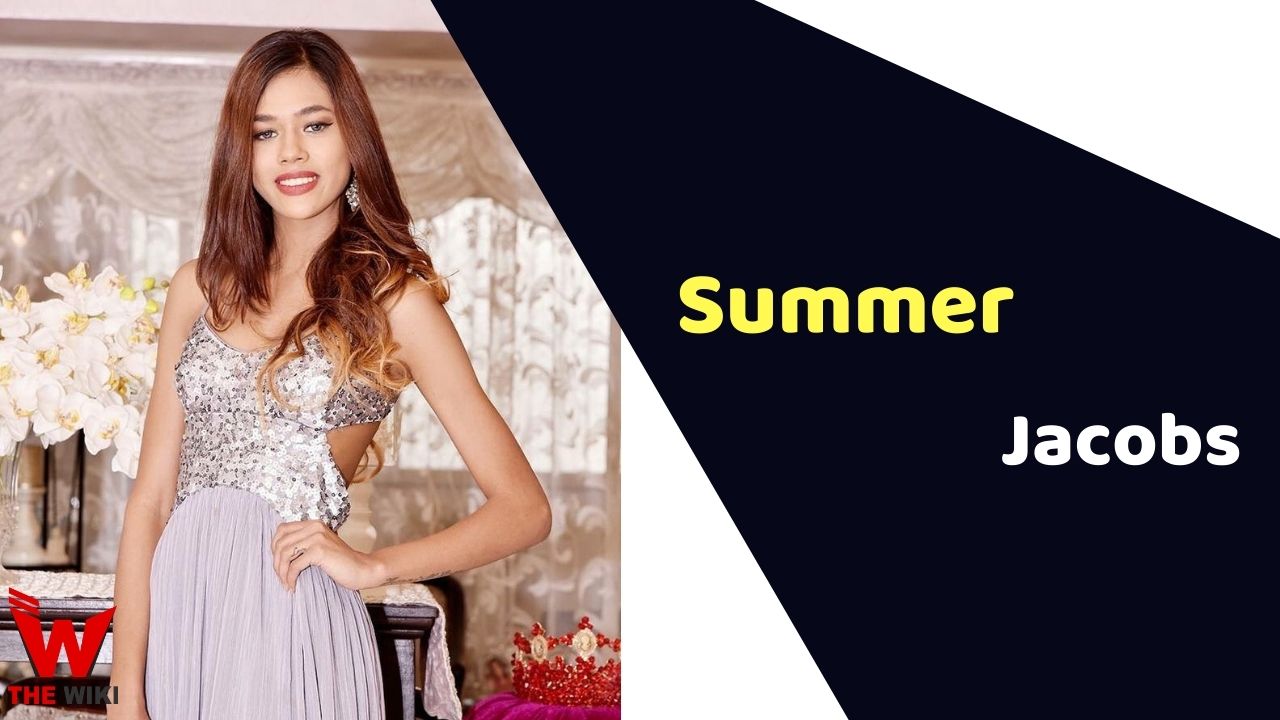 Summer Jacobs is an Indian model and actor. She came into eyes of people after the INTM SEASON 3. In 2021, she made her acting debut in MX Player’s web series Hello Mini 2 as Hiya/Priyanka.

Summer Jacobs was born on 1 June 1997 to a middle class Christian family. She has a younger sister. It was her dream from childhood to become a model. Summer did her schooling from St. Helen’s High School, Pune, Maharashtra. After schooling, she enrolled herself in The Bishop’s Junior College, Pune. She took professional training for modeling at Tiara Institute for Pageants.

Summer was crowned as Worlds Super Model India in 2017, same year she participated in MTV talent hunt show India’s Next Top Model season 3. Thought she got evicted in the mid-way but was appraised for her work. She was admired the most in show because of her personal issues of hypertriodism where thyroid produces many hormones leading to weakness. The jury skepted her physic and kept her after seeing her desperation to become a model.

Some Facts About Summer Jacobs

If you have more details about Summer Jacobs. Please comment below we will updated within a hour.