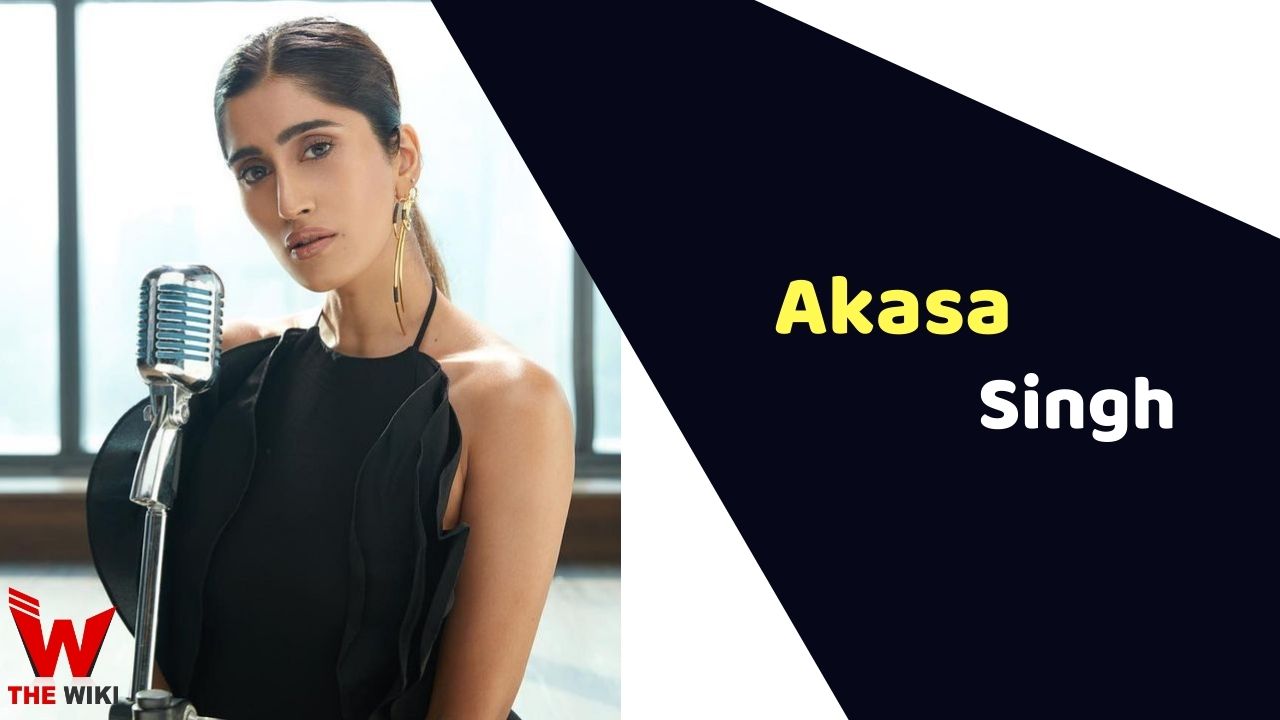 Akasa Singh is an Indian professional playback singer, performer and actress. She is known for her song ‘Kheech Meri Photo’, which was released on 2016. She also participated in the Star Plus channel’s reality show India’s Raw Star 2014 in which her mentor was Himesh Reshammiya. Akasa was also seen as a contestant in Colors TV’s show Bigg Boss 15 as a contestant in the year 2021.

Akasa Singh was born on 2 April,1993 in Mumbai, Maharashtra to Arvinder Singh, a music director and Punjabi playback singer. She is 27 years old (in 2020). She has always interest towards music and used to work as a freelance singer before entering in the glamour world.

Akasa completed her graduation from Mumbai, Maharashtra. She participated in many singing competitions, during her college days. She has performed in all local level competitions. Akasa won many prizes and often praised for her singing style.

Akasa started her singing career with band of popular singer Mika Singh. Subsequently she appeared in many television show. She came into limelight after Star Plus TV show India’s Raw Star 2014 in which she performed front of Yo Yo Honey Singh and Himesh Reshammiya. Himesh Reshammiya also promised her to give breakthrough in Bollywood.

Some Facts About Akasa Singh

If you have more details about Akasa Singh. Please comment below we will updated within a hour.