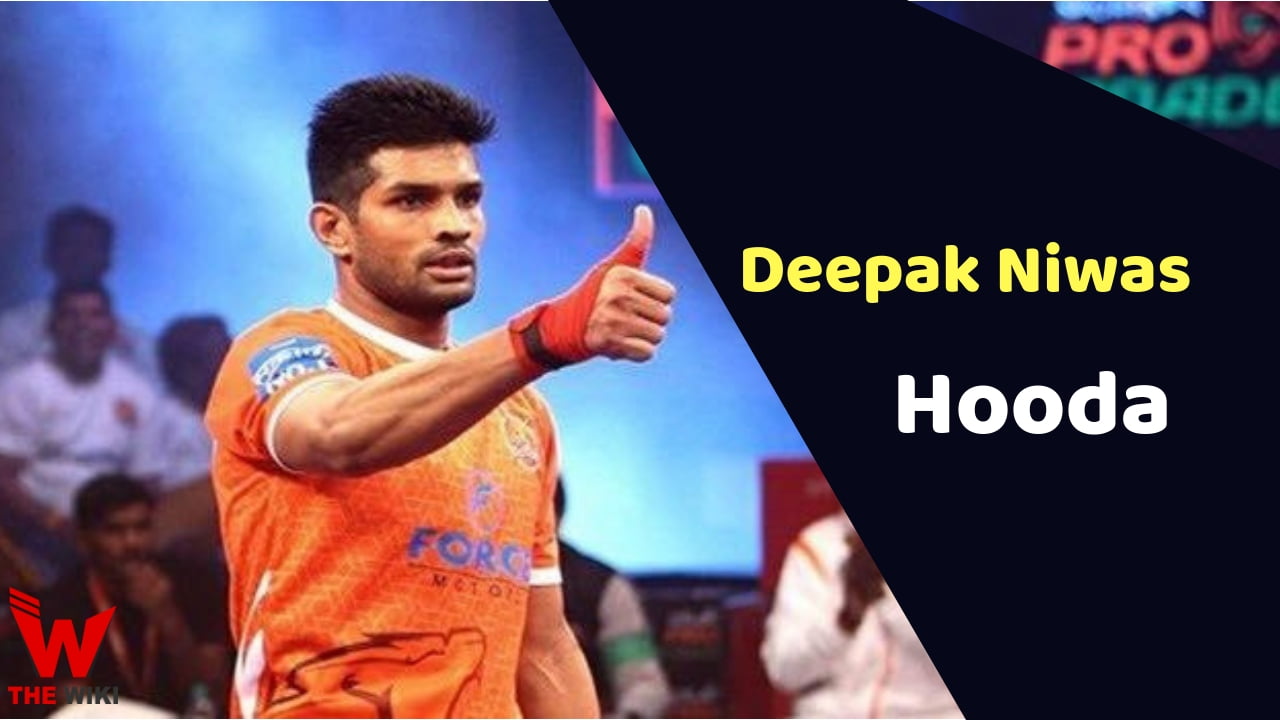 Deepak Niwas Hooda is an international kabaddi player. He was born on 10 June 1994 Chamaria a village in Rohtak, Haryana. He belongs from farmer family. When he was just 4 years old he lost his mother. He loved to play kabaddi from his childhood. He was studying in the twelfth grade when his father Ram Nivas, demised in the 2013. This incident forced him to leave studies in middle.

After demise of father, Deepak Niwas Hooda starts job in same school as a part time teacher. Two years later he quit the job and moved to other village to take training in kabaddi. He made his international debut in the 2016 South Asian Games where India won the gold medal in kabaddi. He is currently playing for Jaipur Pink in Pro kabaddi League Season 7.

Some Facts About Deepak Niwas Hooda

If you have more Details about Deepak Niwas Hooda. Please comment below we will updated within a hour.