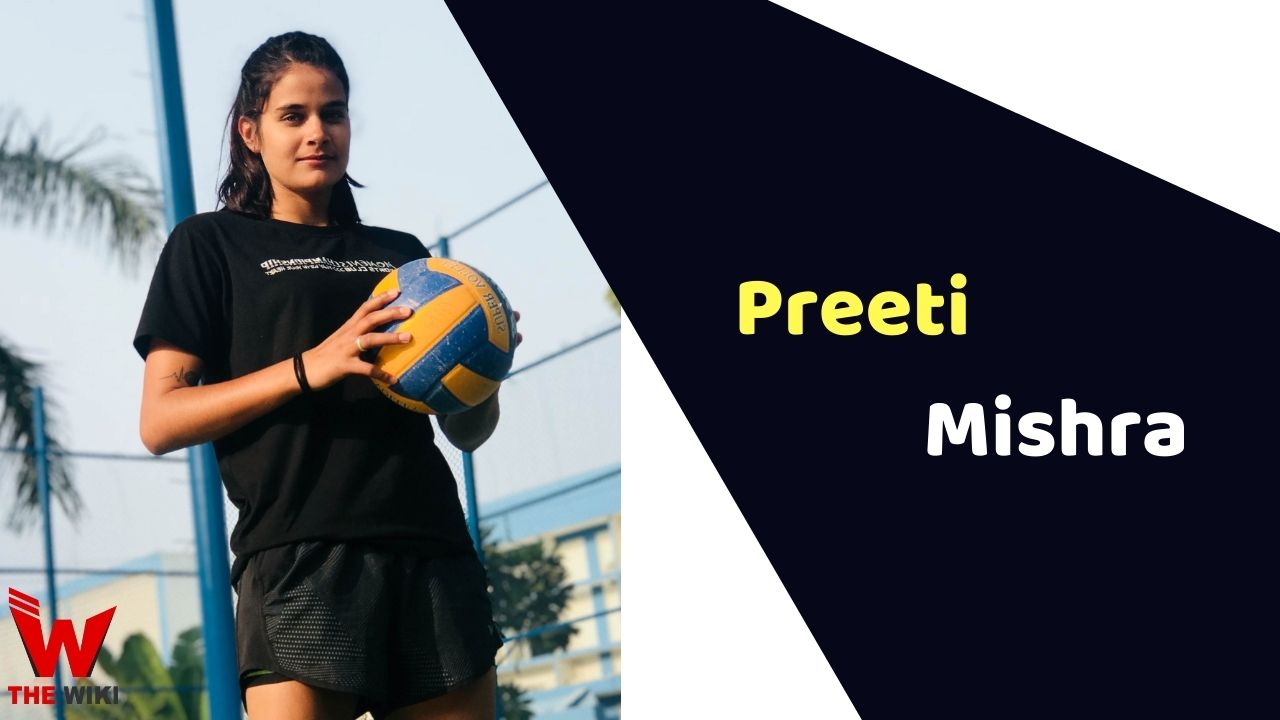 Preeti Mishra is an Indian female volleyball player. She has won many medals at national and international levels. She is considered as one of the finest women volleyball players to have emerged from New Delhi. Apart from volleyball, Preeti is also a fitness influencer and is known as the most beautiful volleyball player.

Preeti Mishra was born on 1 July 1996 in Delhi to a Hindu Brahmin family. She is the daughter of Vijay Nath and Rani Mishra. Apart from her in the family, she also has two siblings Mahima Mishra and Rupesh Mishra. Preeti has always loved playing volleyball. At the age of just 10, she started playing volleyball.

Preeti has been a top student in studies, she received her schooling from BBS sports college Gorakhpur. After which she graduated in physical education from Kurukshetra University. Along with studies, she also participated in school level tournaments, which inspired her to join the Indian women’s volleyball team.

Preeti Mishra started playing volleyball from the age of 10. She faced many challenges in her early career. She comes from an area where volleyball was considered a men’s sport. Preeti used to play with boys for volleyball practice. She started her international career with the 2015 Asian volleyball championship. She was a part of the Indian team in this event held in China. After which she was also included in the tours of Thailand, South Africa, Nepal.

Some Facts About Preeti Mishra

If you have more details about Preeti Mishra. Please comment below we will updated within a hour.