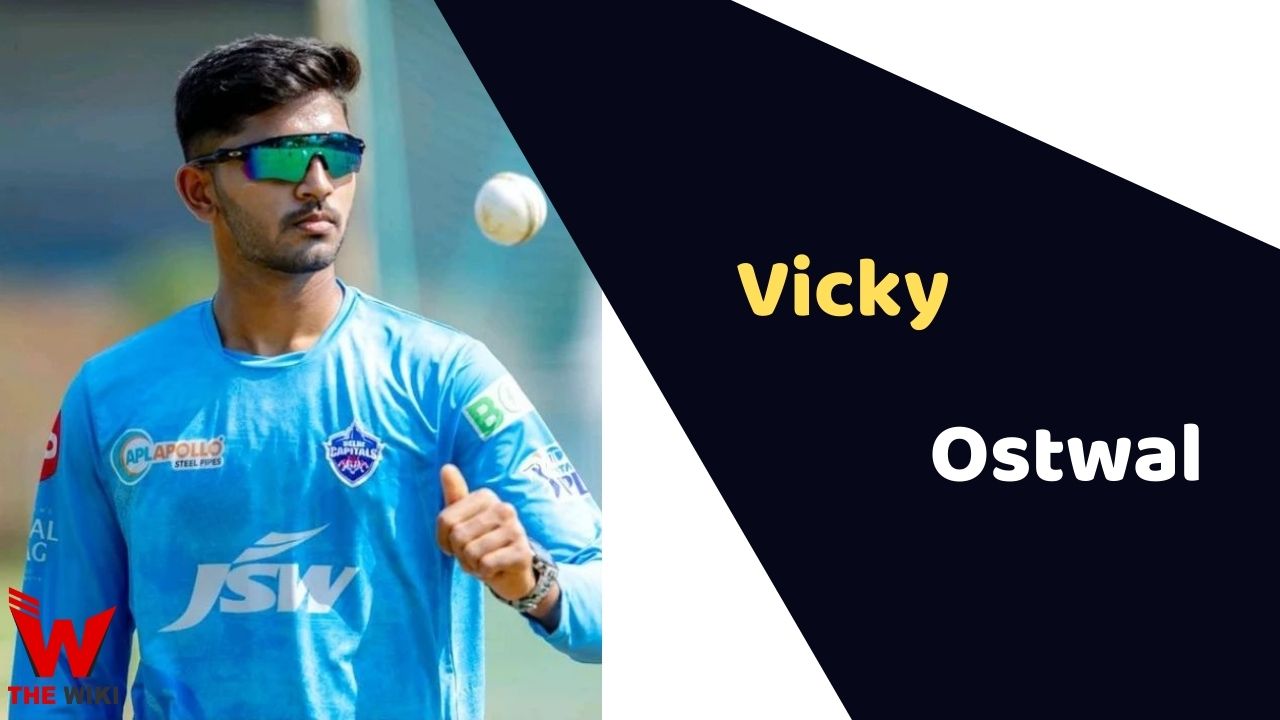 Vicky Ostwal is an Indian cricket. He is known as one of the top players of 2022 ICC Under-19 Cricket World Cup. He bats with the right hand and bowls Slow Orthodox with the left hand. Vicky is a young player and at the age of 19 he got a chance to play for the Indian National Team. He was seen playing for the Delhi Capitals team in the IPL 2022.

Vicky Ostwal was born on 1st September 2002 in Lonavala, a hilly area of ​​Maharashtra. His father Kanhaiya Ostwal is a local businessman. His mother is a housewife. Vicky used to travel for an hour daily from Lonavala to Chinchwad by train to play cricket. His coach also talks about Vicky, saying that, “Vicky never to be lazy in the practice of cricket, despite the journey, he used to play cricket with full enthusiasm.”

Initially, Vicky performed brilliantly in the Indian Under-19 Cricket 2022. In the very first match, he has taken 5 wickets for 28 runs and contributed to win the match. Vicky took 5 wickets for 94 runs in the U-16 Vijay Merchant Trophy 2018. He has taken 3 wickets in 2 matches in the first class.

Some Facts About Vicky Ostwal

If you have more details about Vicky Ostwal. Please comment below we will update within an hour.