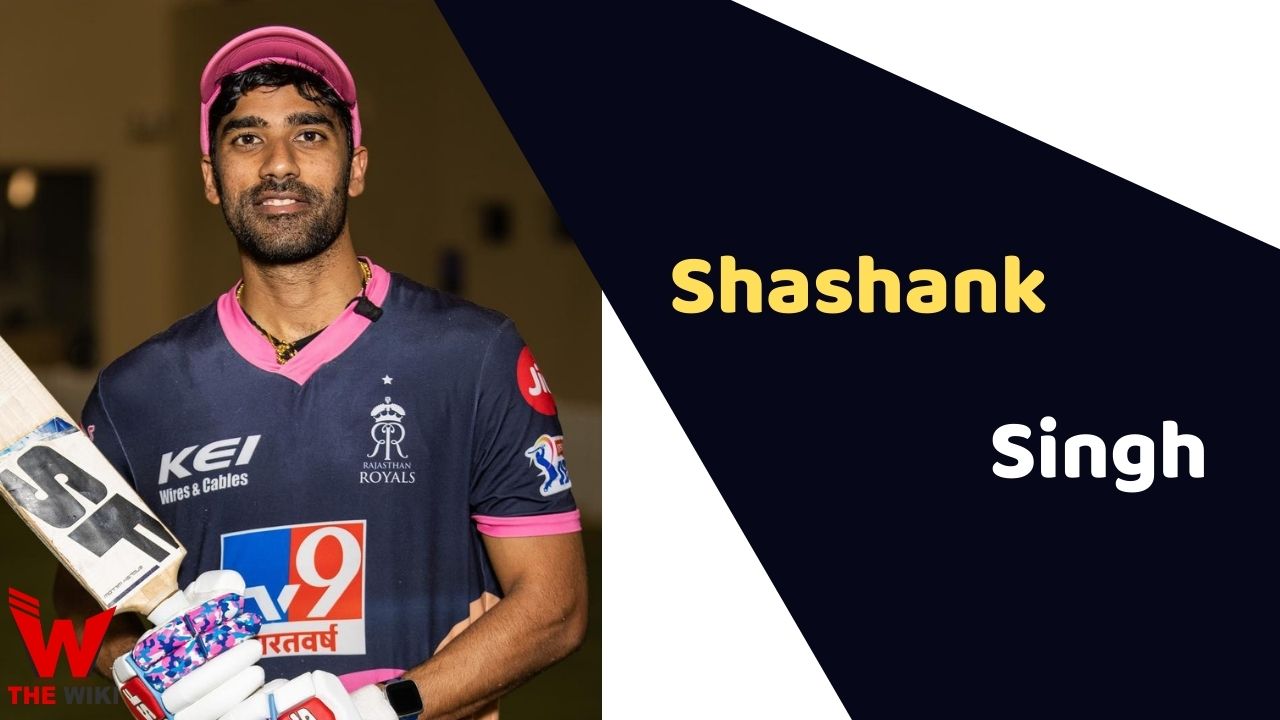 Shashank Singh is an Indian player. He bats with the right hand and slow orthodox bowling with the right hand. Shashank is well known for his batting style and plays for home team Chhattisgarh. While playing for Sunrisers Hyderabad in the IPL 2022, he scored 25 runs against Gujarat Titans by hitting 3 sixes on the fast bowling of Lockie Ferguson.

Shashank was born on 21 November 1991 in Bhilai, Chhattisgarh. His father works in the police and his mother Sunita Singh works in Reliance Infocomm. Shashank has an elder sister Shrutika Singh, who works in ONGC (Oil and Natural Gas Corporation Limited). Shashank and his family moved to Mumbai in 2008 and started practicing cricket there. He has completed his studies in M.Com.

Shashank was fond of cricket since childhood and decided to become a cricketer at the age of 8. The journey with cricket began in his life in Mumbai, where he started practicing at Vidya Paradkar Cricket Academy. Talking about his coach Mr. Vidya Paradkar, Shashank says that, ““if I am touching the success in cricket today, it is only because of my coach, because of him I am standing at this position today. He supported me every time, shouted at poor game and praised for performance”.

Shashank made his IPL debut in 2017 for Delhi Daredevils (now Delhi Capitals). He was included in the team for 10 lakhs, but did not get to play in a single match. He was bought by Rajasthan Royal in 2018 at a base price of 20 lakhs, that year also he did not get a chance to play in a single match, but he did not give up and he was included in his team by Sunrisers Hyderabad in 2022 and got a chance to play a match against Gujarat Titans for the first time.

Some Facts About Shashank Singh

If you have more details about Shashank Singh. Please comment below we will update within an hour.