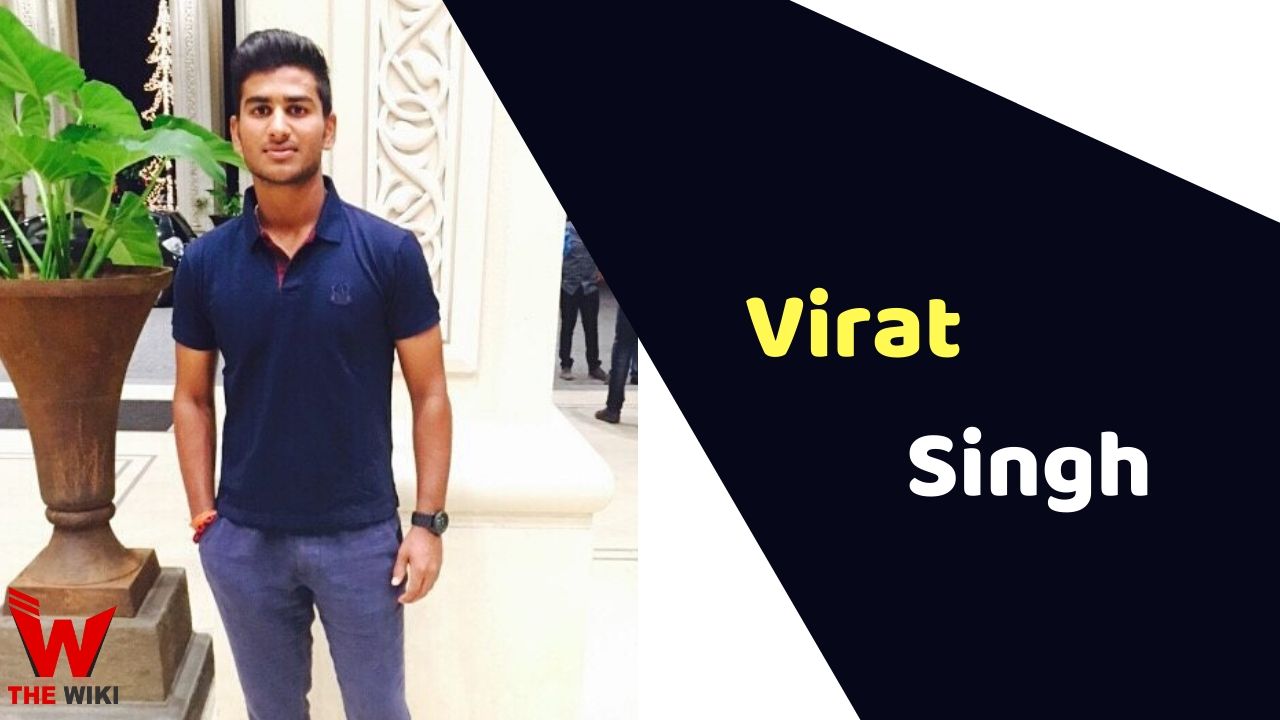 Virat Singh is an Indian cricketer who is a left-handed batsman and usually plays at number 3 for his team. Virat is also known for his leg spin bowling with left hand. He hails from East Singhbhum district of Bihar (Now in Jharkhand).

Virat Singh was born on 8 December 1997 in East Singhbhum district of Jharkhand. Virat has 2 brothers in family in which he is the youngest in all. his father Binod Singh is a businessman by profession and mother Renu Singh is a homemaker. His elder brother Vishal Singh is also a cricketer while the eldest brother Vivek Singh is a contractor by profession.

Virat has passionate about cricket since childhood. Seeing his brother Vishal, he started playing cricket. Both brothers used to practice in a home-made lawn.

Virat still lives in Jamshedpur city, he completed his early education from the DBMS school in Jamshedpur. Impressed by cricket, his father had admitted both brothers to the open Jharkhand Cricket Academy near to his home. Coach V Venkataram has given cricket training to Virat.

After watching Virat’s T20 form, his initial bid was kept 20 lakhs in the IPL 2020 auction, but he was included in team of Hyderabad franchise for 8 times more than his base price.

Some Facts About Virat Singh

If you have more details about Virat Singh. Please comment below we will updated within a hour.