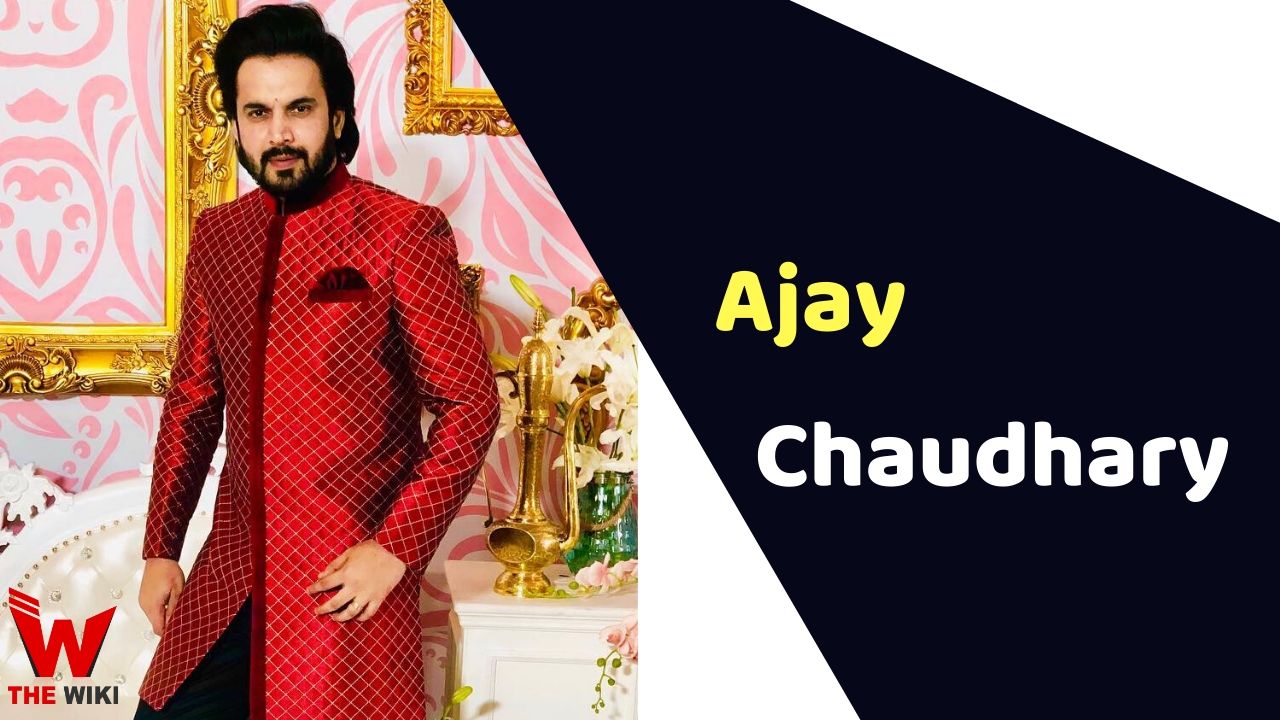 Ajay Chaudhary is an Indian television actor. He is known for the television shows Tenali Rama, Rishton Ka Chakravyuh, Uttaran. He is active in the television industry since 2006. Chaudhary started his career with the Sahara One’s Dacait serial.

Ajay Chaudhary was born on 31 January 1983 in Meerut, Uttar Pradesh. His father Virender Singh worked in the government department. He has two elder brothers Vijay and Sanjay Chaudhary in the family. He did not think that one day he will work in the television industry. Chaudhary received his early education from Meerut’s Kendriya Vidyalaya, Punjab Lines. After which he came to Mumbai for his further studies.

After completing his studies in Mumbai, he got a chance to work in the television industry. he did the Sahara one channel show Dacait. In this show, he appeared in a cameo role. Ajay gained fame on television from the serial Love Story in 2007. He played the role of Dev in this serial. Ajay has worked in famous television shows like Kumkum, Behenein, Phulwa, Uttaran, Rishton Ka Chakravyuh and Tenali Rama.

Ajay was always highlighted about his personal life. On 16 January 2013, he married his co-actor Jyoti Makkar after dating for 6 years. This couple also blessed with a baby girl Jiyana.

Some Facts About Ajay Chaudhary

If you have more details about Ajay Chaudhary. Please comment below we will updated within a hour.