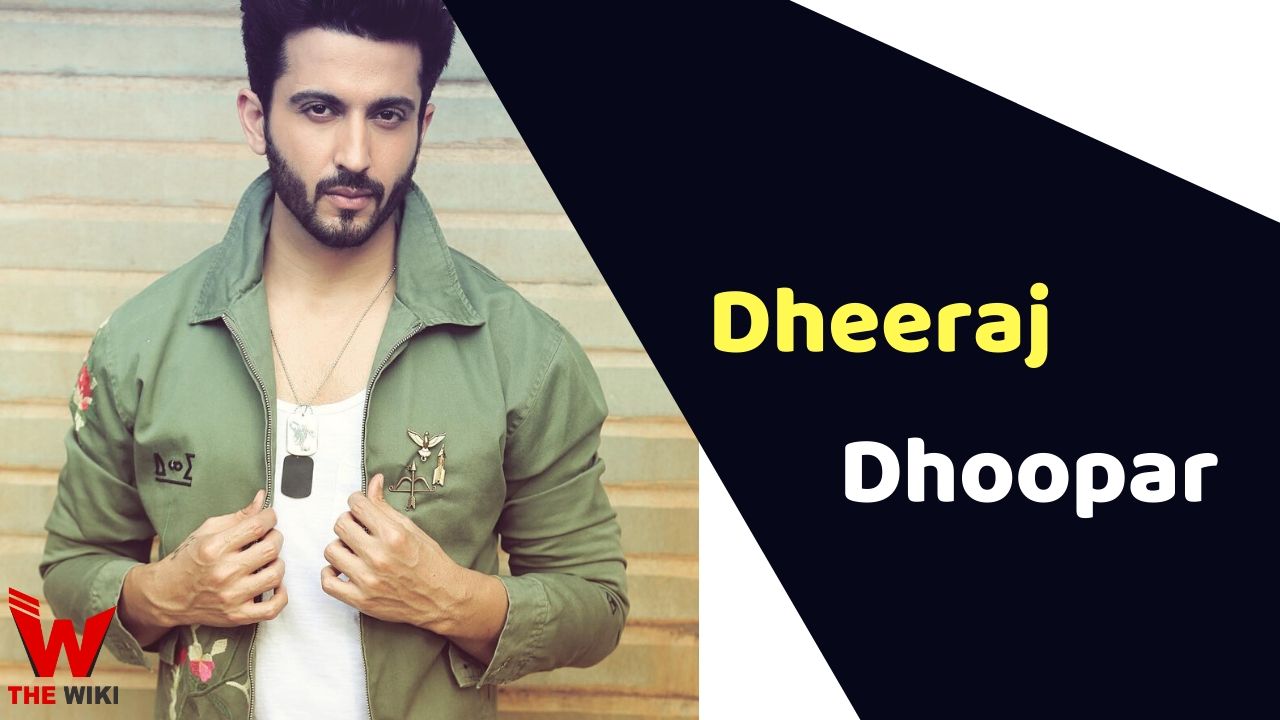 Dheeraj Dhoopar is an Indian television actor. He is known for television shows like Sasural Simar Ka, Kundali Bhagya and Kuch Toh Log Kahenge. He started his career in 2009 with the Colors channel show Maat Pitaah Ke Charnon Mein Swarg.

Dheeraj Dhoopar was born on 20 December 1984 in New Delhi. He is one of the three sons of Sushil Dhooper. His family consist of two elder brothers and a sister. He was fond of acting and dancing since childhood. He was also a good sports player during schooling.

During college, Dheeraj started working in the modeling industry. He did a diploma in fashion designing from delhi university.

After completing studies, Dheeraj came to work in the Mumbai film industry. In Mumbai, he started his journey through modeling. He appeared in several television commercials. His first breakthrough in the television industry was in 2009 when he got an opportunity to play the role of Ansh in the Colors TV channel show “Maat Pitaah Ke Charnon Mein Swarg”. After the show, he worked in tv shows like Behenein, Mrs. Tendulkar. While worked in many shows, Dheeraj got fame in 2013 with TV show Sasural Simar Ka. he played the lead role of Prem Bharadwaj in this show. After working on the show, he has been a part of dozens of television serials.

Dheeraj Dhoopar did love marriage with actress Vinny Arora on 16 November 2016. The two first met on the sets of Maat Pitaah Ke Charnon Mein Swarg. They got married in 2016 after dating each other for 6 years.

Some Facts About Dheeraj Dhoopar

If you have more details about Dheeraj Dhoopar. Please comment below we will updated within a hour.