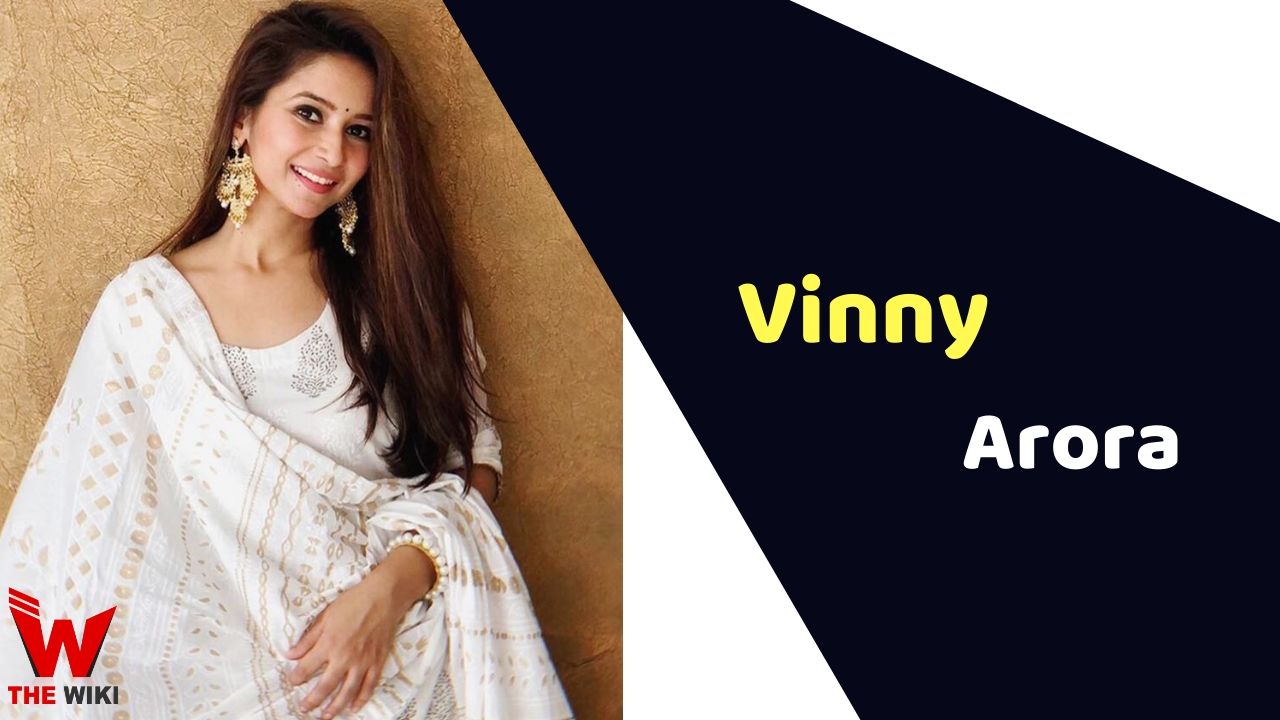 Vinny Arora is an Indian television actress. She is known for television shows Laado – Veerpur Ki Mardani, Udaan and Itna Karo Na Mujhe Pyaar etc. She started her career with TV show Kasturi in 2007. After which she is continuously active in the television industry.

Vinny Arora was born on 28 June 1991 in Bihar. She belongs to a Sikh family. Her real name is Harmeet Kaur. Vinny did her schooling from Gyan Kendra Shukul Toli School in Siwan. After which she completed her graduation from Mithibai College. She had a dream of working in the glamor industry since childhood and came to Mumbai to pursue a career at a very young age.

At the age of 16, Arora started working in the television industry. She made her television debut in the year 2007 with the serial Kasturi. After which she played an important role in many serials like Kuchh Is Tara, Aathvaan Vachan, Maat Pitaah Ke Charnon Mein Swarg, and Saraswatichandra. Apart from serial, she has also worked in films. Her first Bollywood film was Dhanak which was released in 2016.

Vinny Arora married actor Dheeraj Dhoopar on 16 November 2016. They first met during the shooting of the serial Mata Pitaah ke Charnon Mein Swarg. They got married in a hotel of New Delhi after dating each other for 6 years. Their marriage was attended by many celebrities from the television industry.

Some Facts About Vinny Arora

My first TVC, for Titan Sonata watches.. Out now!!! pic.twitter.com/vj752n3Ywk

At a stage where someone like me is also starting to miss working out .. no summer body this summer 😕

If you have more details about Vinny Arora. Please comment below we will updated within a hour.