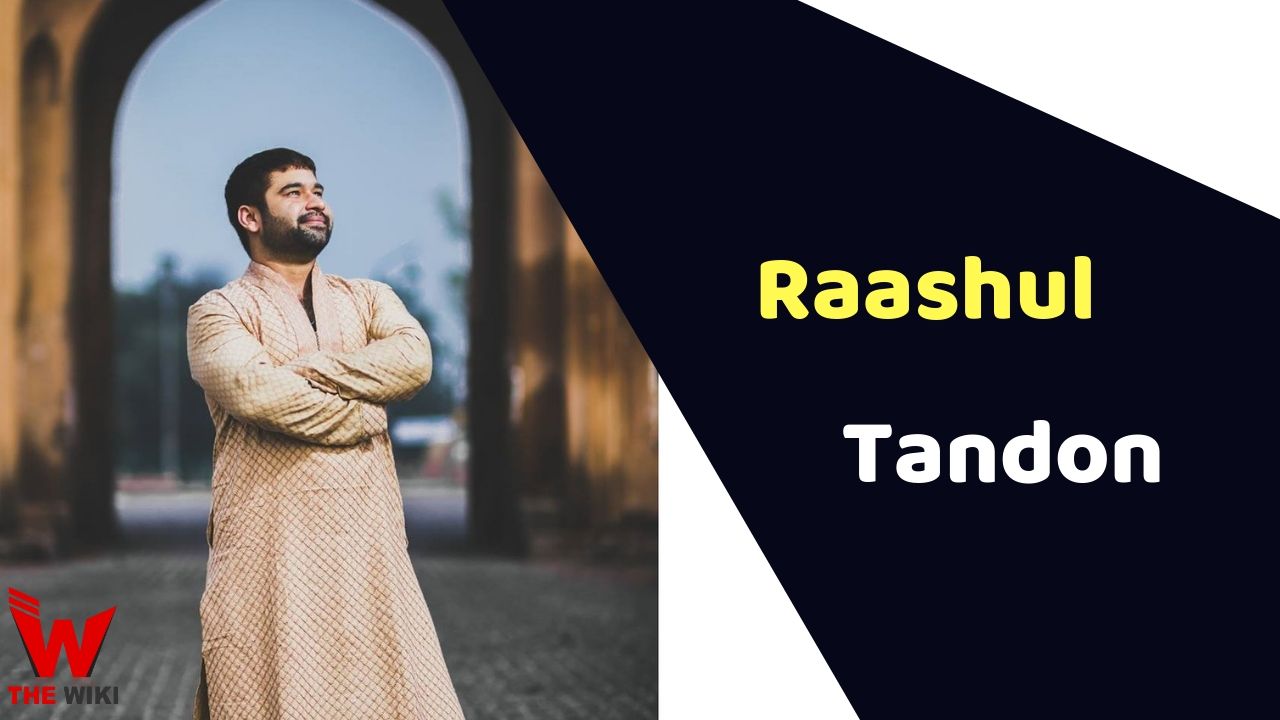 Raashul Tandon is an Indian television and film actor. He has worked in several Hindi films Heropanti, Pink, Barkha and Poster Boyz. He is originally belongs from Lucknow, Uttar Pradesh. Raashul is also active in the television industry. He has also played a lead role in the television show “Aladdin Naam Toh Suna Hoga“.

Raashul Tandon was born on 15 October 1986 in Lucknow. He is son of Vijay Tandon and Renu Tandon. Rashul’s father is a banker by profession. he has a younger brother Vaibhav Tandon also in family. His family lives in the Vikas Nagar of Lucknow. Rashul Tandon is married and His wife’s name is Manisha Manhotra. Their marriage held on 13 December  2018.

Raashul Tandon has got education from Lucknow. He has completed his higher secondary education from Spring Dale School of Lucknow. Later he completes his graduation from National PG College in B.Com. Rashul has always had passionate of acting since childhood, he always wanted to make a career in it. Because of lack of acting facilities in Lucknow, he moved to Mumbai.

Raashul Tandon reached Mumbai in January 2009 after the completion of the graduation. He Joined Acting Prepare School of Anupam Kher to learn acting. After taking three months of acting training, Raashul was selected in the audition of Sony TV and Yash Raj Banner. Sony TV selected him for Seven, Powder and Mahi Way Show. Since then, he has done dozens of television shows like “Pavitra Rishta”, “Saam Daam Dand Bhed”, “Aladdin – Naam Toh Suna Hoga” etc.

Apart from television, Raashul has also worked in films. He is known for Heropanti, Poster Boyz, Pink and Barkha in the Film industry.

Some Facts About Raashul Tandon

If you have more details about Raashul Tandon. Please comment below we will updated within a hour.