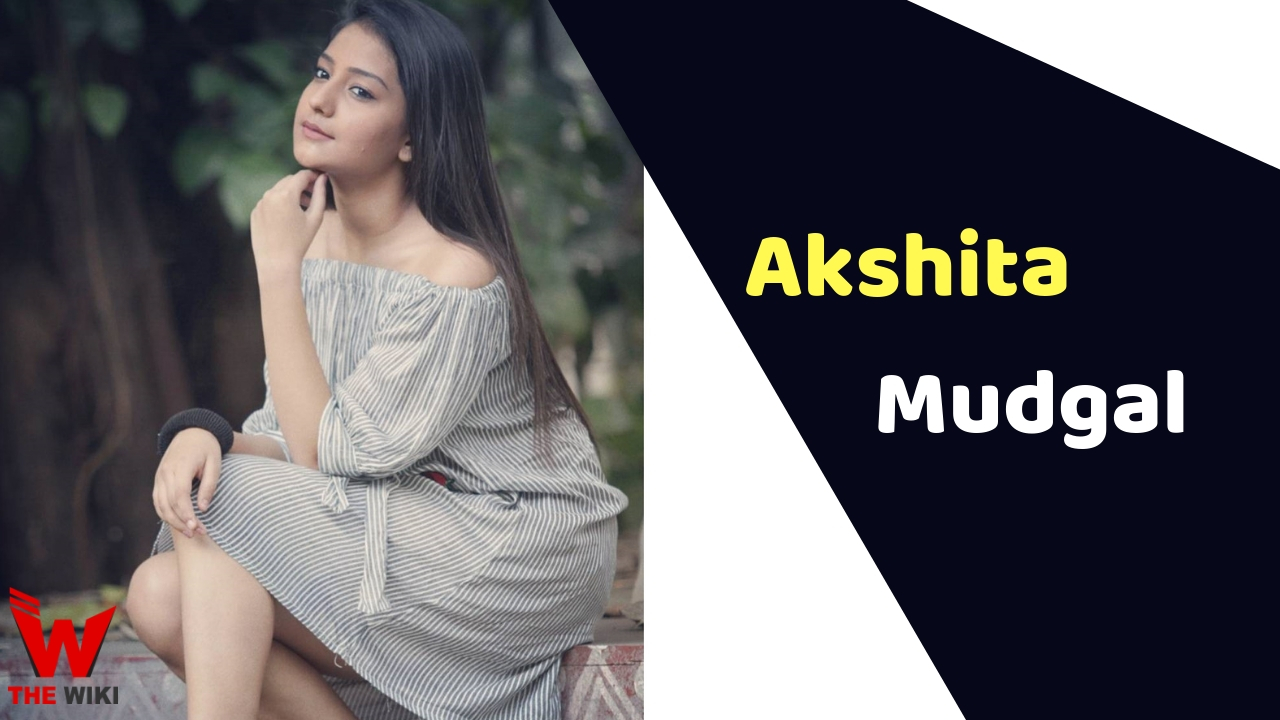 Akshita Mudgal is an Indian television actress who is famous for her lead role of Gayatri Thakkar in the television serial “Bhakharwadi”. In addition, she has been worked in television serials such as “Crime Patrol” and ” Mitegi Laxman Rekha”. Akshita started her career as a dancer from “Dance India Dance”.

Akshita Mudgal was born on 9 July  2002 in Agra. She basically belongs to Agra (Uttar Pradesh). Her father’s name is Jitendra Kumar Mudgal, who is working as a manager in Central Bank of India. Akshita’s mother’s name is Lata Mudgal. There is also a elder brother in the family along with her. Due to the career work of Akshita, the whole family shifted to Mumbai.

Akshita Mudgal started her career at the age of 9 with dance reality show “Dance India Dance” Season 2. In this show, she appeared as a contestant. Akshita, who debuted in the television as a dancer, soon appeared in Sony TV show “Crime Patrol” as an actress. She appeared in more than 50 episodes of this show. During the time, She got an opportunity to do acting in Sony’s show ” Yeh Moh Moh ke Dhaage”.

Akshita plays role of a girl named Reva, in the 2017 television serial “Half Marriage”, which telecast on &TV. She has been seen in five shows of “CID” one of the most famous shows in Sony. In 2019, she got the opportunity to play Lead Role first time on Sab TV show “Bhakarwadi”. In this show, she plays Gayatri Thakkar.

Akshita is also popular on social media and has thousands of followers on her Instagram account. She always shares photos and videos related to her daily life.

Some Facts About Akshita Mudgal

If you have more Details about Akshita Mudgal. Please comment below we will updated within a hour.