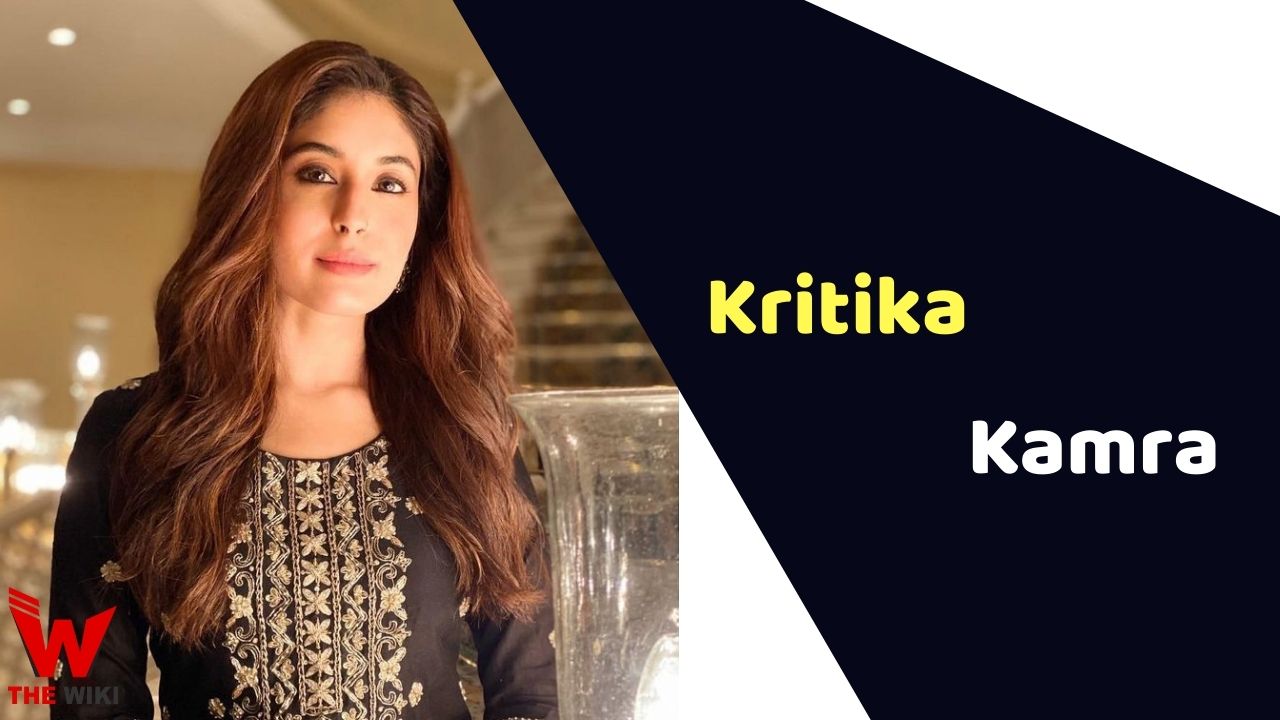 Kritika Kamra is an Indian television and movie actress. She earned recognition from the television serial Kitni Mohabbat Hai played the role of Arohi aired on NDTV Imagine in 2009. She got fame from her debut movie Mitron as Avni in 2018. Kritika got featured in two music video songs Mera Jahan (2017) and Hai Pyaar Kya (2019).

Kritika Kamra was born on 25 October 1988 in Bareilly, Madhya Pradesh. Her father’s name is Ravi Kamra, and her mother’s name is Kumkum Kamra. She has a sibling named Rahul Kamra. She did her schooling at Delhi Public School, New Delhi, and graduated from the National Institute of Fashion Technology, New Delhi. Kritika holds a degree in Bachelor of Arts.

Kritika Kamra commenced her career with the television serial Yahaan Ke Hum Sikander as Arshiya from 2007 to 2008. She got fame from the Imagine tv romantic drama series Kitani Mohabbat Hai as Arohi Sharma, Arjun’s wife in 2009. From 2009 to 2010, she featured in the tv drama series Pyaar Ka Bandhan as Kajol Das aired on Sony TV. It is based on a tale about four siblings who are separated by destiny and their reconciliation. She took part in the Star Plus dance reality show Zara Nachke Dikha 2 in 2010. In the same year, she appeared in the drama show Ganga Kii Dheej as Geeta in 2010.

From 2010 to 2011, she starred as Arohi Ahluwalia in the show Kitani Mohabbat Hai 2. She acted in the romantic-drama serial Kuch Toh Log Kahenge as Dr. Nidhi Verma from 2011 to 2013. The concept of the serial got adapted from the Pakistani serial Dhoop Kinare. In 2014, she again participated in the Jhalak Dikhhla Jaa 7 but got eliminated in the 3rd week.

Some Facts About Kritika Kamra

If you have more details about Kritika Kamra. Please comment below we will updated within a hour.