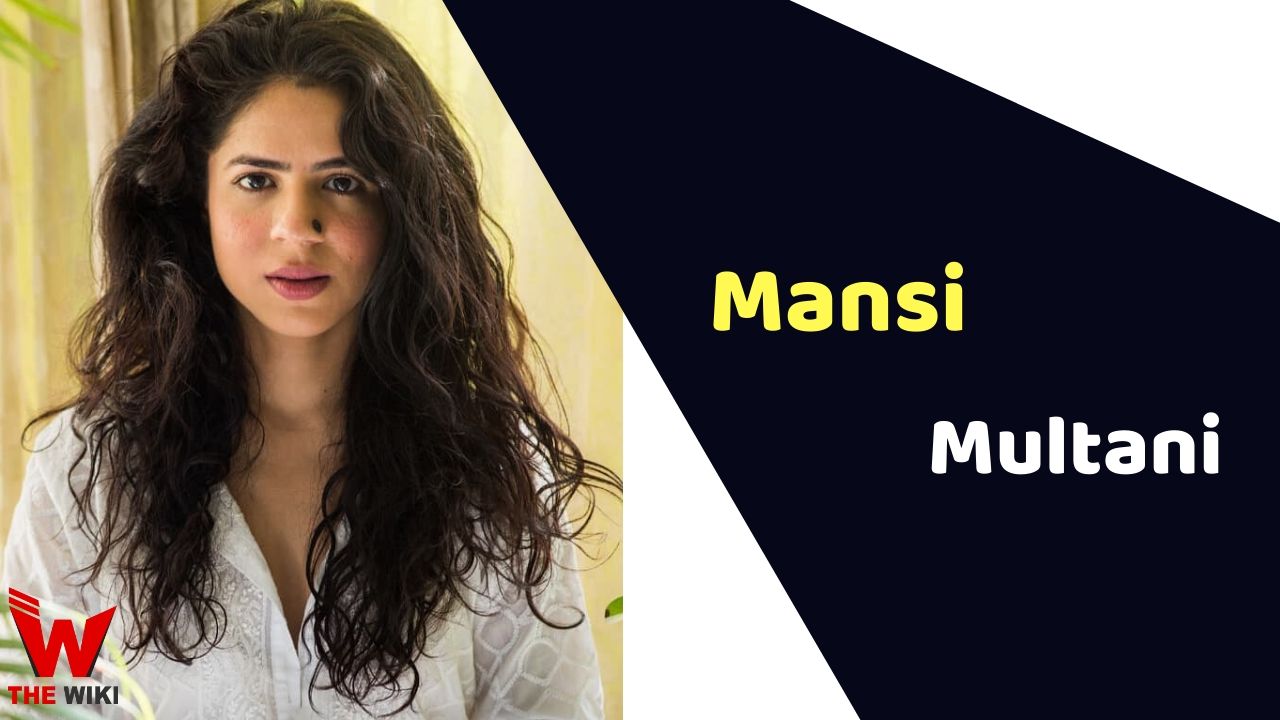 Mansi Multani is an Indian film actress. She is known for the Bollywood films Pari, Island City and Kadakh. She started her career as a theater artist. Mansi has been part of more than 600 theatre plays. She has been continuously active in the film industry since the year 2010.

Mansi Multani was born in Delhi. She started taking part in the play during her schooling. She never thought that she will work in the film industry one day. Mansi never took professional training in acting. she learned acting along with doing theater.

Mansi gets her professional acting from the film ‘Pyaar Impossible!’ in which she played the role of Nanny. After which she acted in many Bollywood films such as Jo Hum Chahein, Kram, Court, Pari and Island City. Recently she played the lead role in the Ranveer Shorey film Kadakh, which came in 2020.

Some Facts About Mansi Multani

If you have more details about Mansi Multani . Please comment below we will updated within a hour.