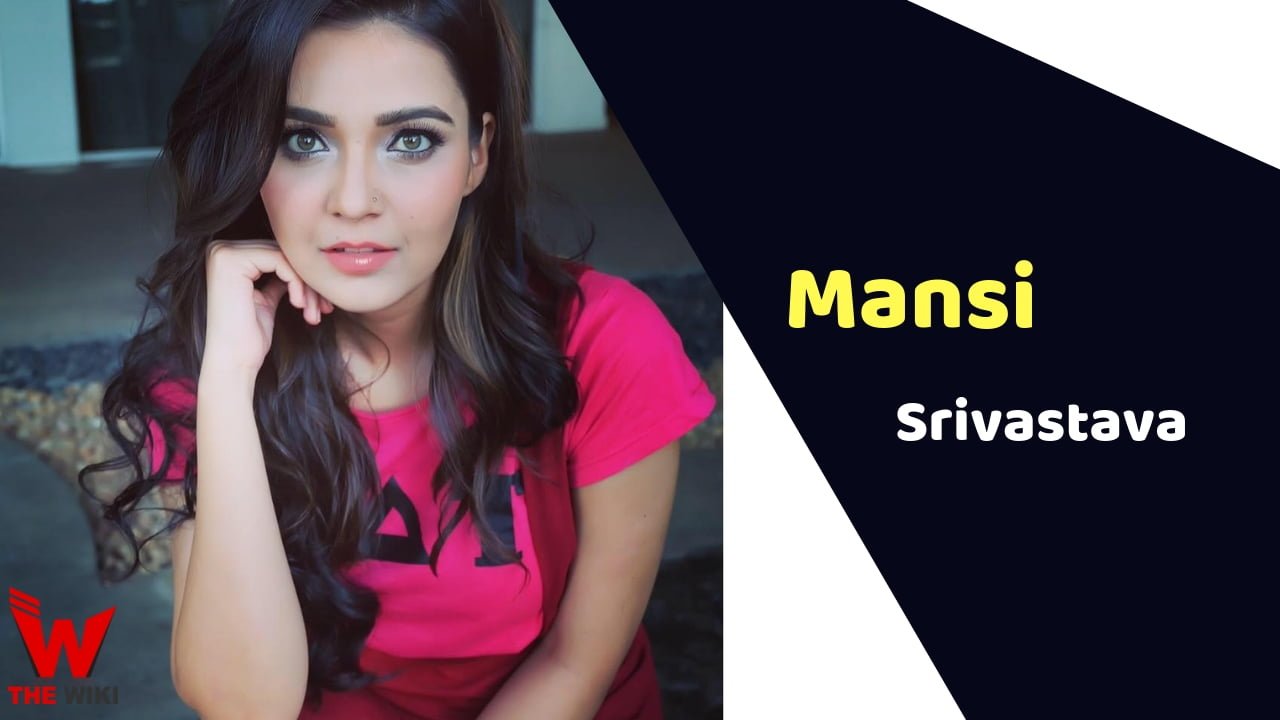 Mansi Srivastava is television actress. Mansi made her acting debut with Channel V’s show Suvreen Guggal. She played the character of Jasleen Guggal in this show. Later she has successful to finding work in the television industry. She has been worked in TV shows like Divya Drishti, Vidya, Ishqbaaaz etc.

Mansi Srivastava was born on 21 september 1990 in Gurugram, Haryana. Her father’s name is Amulya Srivastava. she always passionate towards dance and acting since childhood. Her passion brought her into the Mumbai acting industry. She received her early education from Little Flower Convent School in Panchkula. After which she completed her graduation from Delhi University.

After her studies, Mansi decided to make career in acting industry. She got the chance to act for the first time in Channel V’s show ‘Suvreen Guggal’ in which she was playing Jasleen Guggal. After doing this show, she was cast for the show Arjun. Later she also featured in the Zee TV show ‘Rab se Sona Ishq’ in 2013.

Mansi is known for Zee TV’s Do Dil Bandhe Ek Dori Se in the television industry, in which she played the lead for the first time. In this show she appeared in the role of Shivani Rana. After this show, she established herself in the television world. Since then she has worked in dozens of TV serials.

Mansi Srivastava and Mohit Abrol are going to get married soon. The couple engaged in Dharmashala (Himachal Pradesh) on August 21, 2016. They were dating each other for six years. They met at the time when both worked for an airline company.

Mohit had started his career with modeling. He also has worked in Balika Vadhu and Razia Sultan and Meri Aashiqui Tum Se Hi. At the same time, Mansi had a debut from Channel V’s show Suvreen Guggal.

Some Facts About Mansi Srivastava

If you have more details about Mansi Srivastava. Please comment below we will updated within a hour.