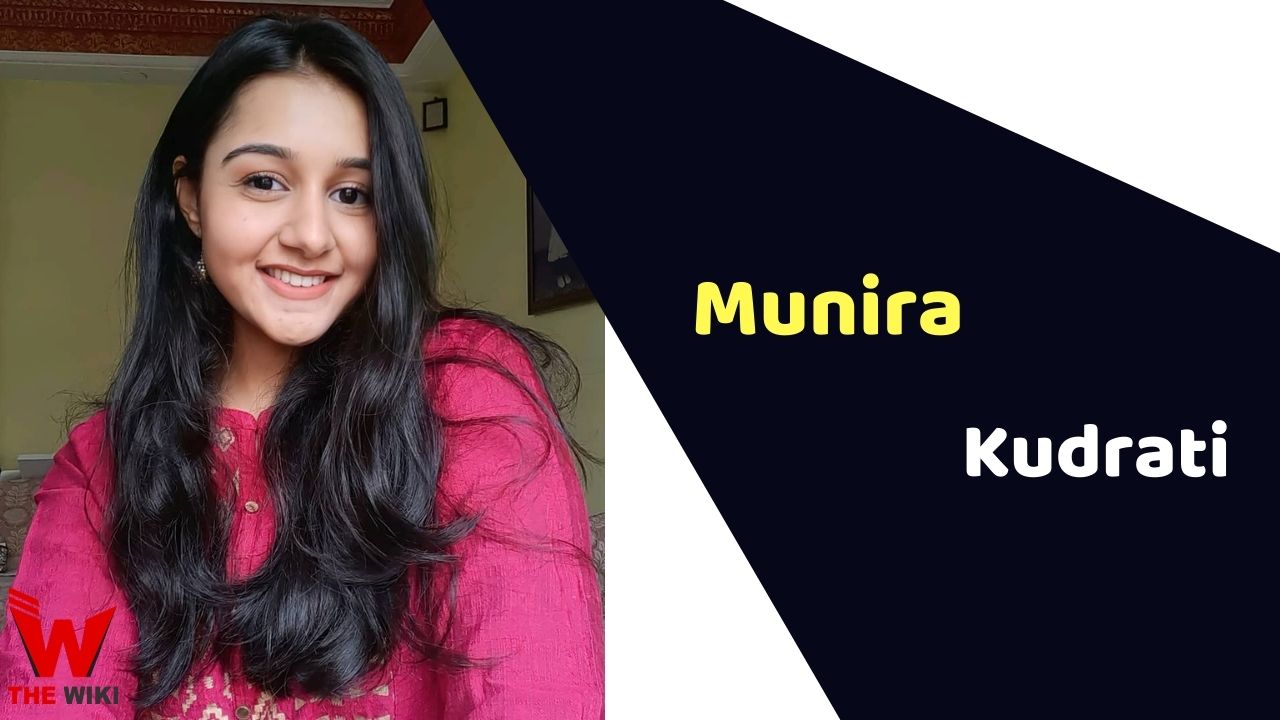 Munira Kudrati is an Indian television actress and model. She is most famous for the television series Bhagya Lakshmi which premiered on Zee TV in the year 2021. She has also worked in Amazon Prime original film Shershaah, played the role of Junior Seema.

Munira Kudrati was born on 15 October 2001 in Mumbai, Maharashtra to a Muslim family. She did her schooling at the Shardamandir High School and Activity High School. She is currently studying BMM from H.R. College of Commerce and Economics

Kudrati first appeared in an Everest Spices advertisement in the year 2020 and a Wise app in 2021. She got featured in the many print shoots like Cadbury Dairy Milk Silk for Valentine’s 2021 campaign, Tata Solaroof, Kurkure.

Kudrati rose her career as an actress with the Balaji Telefilms television serial Bhagya Lakshmi portrays the figure of Shalu Bawja as Lakshmi’s sister along side Aishwarya Khare and Rohit Suchanti in the year 2021. The same year, she appeared in the biological war-action drama film Shershaah played the role of Junior Seema which was premiered on Amazon Prime.

Some Facts About Munira Kudrati

If you have more details about Munira Kudrati. Please comment below we will update within an hour.