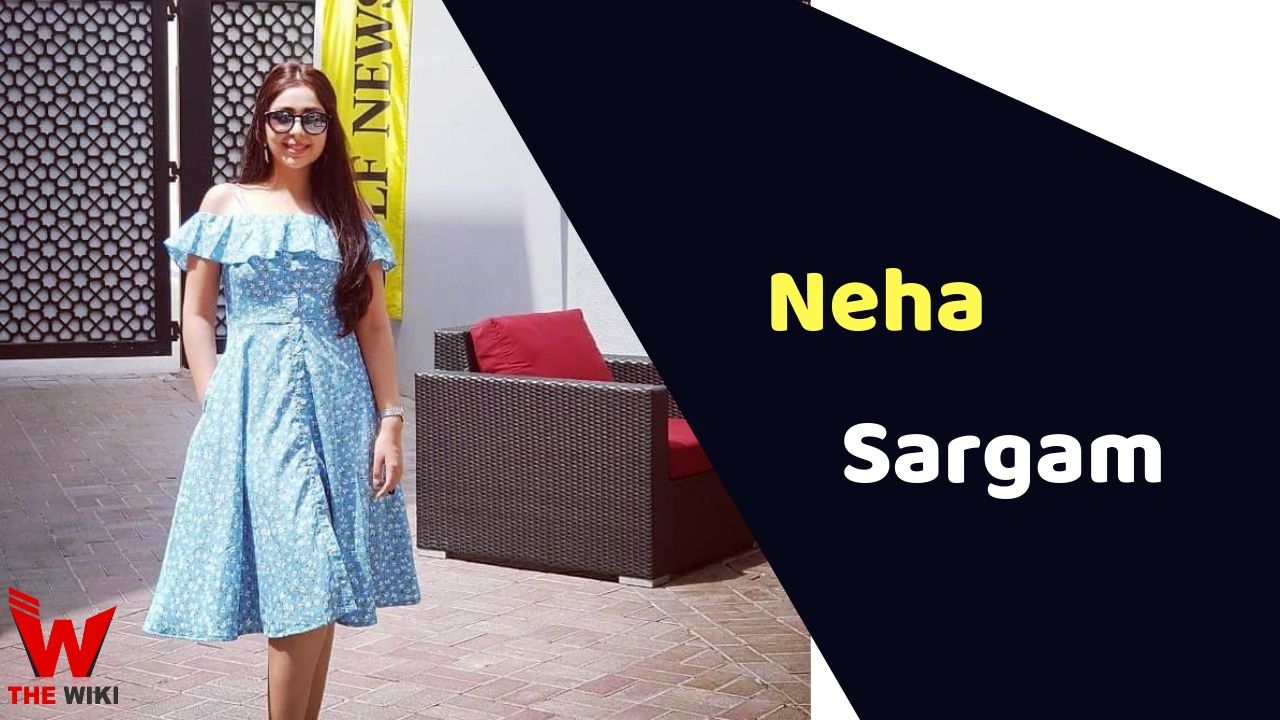 Neha Sargam is an Indian television actress who is originally belongs from Patna, Bihar. She started her career with Indian Idol 4 as a singer. After which she made his television debut in the television serial “Chand Chupa Badal Mein”.

Neha Sargam was born on 4 March 1989 in Patna, Bihar. Her father’s name is Ramesh Dubey and mother’s name is Sangeeta. Father Ramesh Dubey is an officer in the Survey company. Apart from her in the family, she also has a younger sister Mohini Sargam. Neha lived in Patna’s Rajendra Nagar before settling in Mumbai. Neha has loved music since childhood and wanted to work in the world of music. In childhood, she used to practice music for hours.

Neha received her early education from Patna, she did her schooling from St. Joseph’s Convent School. after which she completed her graduation from Women’s College. Neha got her music education from her mother Sangeeta Dubey. He is a master of classical music.

Neha Sargam started her career with the singing competition show “Indian Idol”. She participated in this show a total of two times, but looking for a career in singing, Sonali Bendre caught sight of her and Sonali advised her to pursue a career in acting. After which she got an offer to play Nivedita in Chand Chupa Badal Mein. Later she has appeared in television shows like Haar-Jeet, Savdhaan India, Yeh Hai Aashiqui, Ramayana, Yeh Rishta Kya Kehlata Hai and Namah.

Neha was dating Neil Bhatt, her co-star from the serial Ramayan for many years but they parted ways in 2016.

Some Facts About Neha Sargam

If you have more Details about Neha Sargam. Please comment below we will updated within a hour.