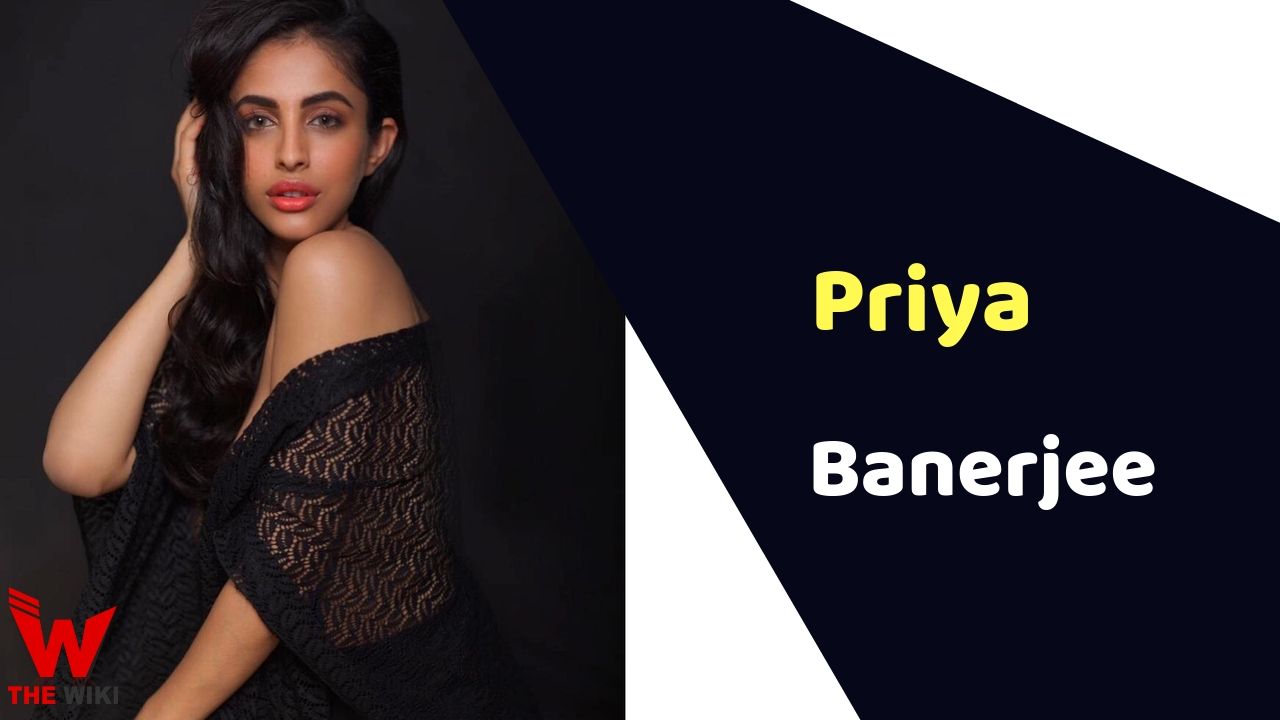 Priya Banerjee is an Indian television actress, she started her career with the Telugu film “Kiss” in the year 2013. She is originally from Kolkata, West Bengal.

Priya Banerjee was born on 16 April 1990 in Kolkata, West Bengal. She belongs to a Brahmin family. Her father is an engineer by profession, after birth, Priya’s family shifted to Canada, after which she completed her early education from Calgary, Canada. She has been fond of acting since childhood, but her father wanted her to become a singer.

Priya got her studies from University of Canada in International Marketing & Computer Science. While living abroad, she has studied classical dance of India. She is an accomplished Kathak dancer, she has trained in it for 6 years. Apart from this, he has also taught Rabindra Sangeet.

Priya started her career as a modeling and TV host in Canada. During this, she also got a chance to participate in the Miss Canada competition. She won the Miss Photogenic title in this competition. After working for a few years in the Canadian fashion industry, she moved to India.

Priya got her first breakthrough in films from the 2013 Telugu film “KISS”. She played Priya as the lead actress in the film. Adivi Sesh was seen with her in this film. After this she acted in many Telugu, Hindi and Tamil language films which includes films like Asura, Jazbaa, 3 Dev, Baarish.

Apart from films, Priya has also worked in web series Like Baarish, Bekaaboo, Rain, Nasha etc. In 2019 she was seen in several web series including MX Player’s series Hello Mini. In this web series, she played a very bold character of Ishita.

Some Facts About Priya Banerjee

If you have more Details about Priya Banerjee. Please comment below we will updated within a hour.