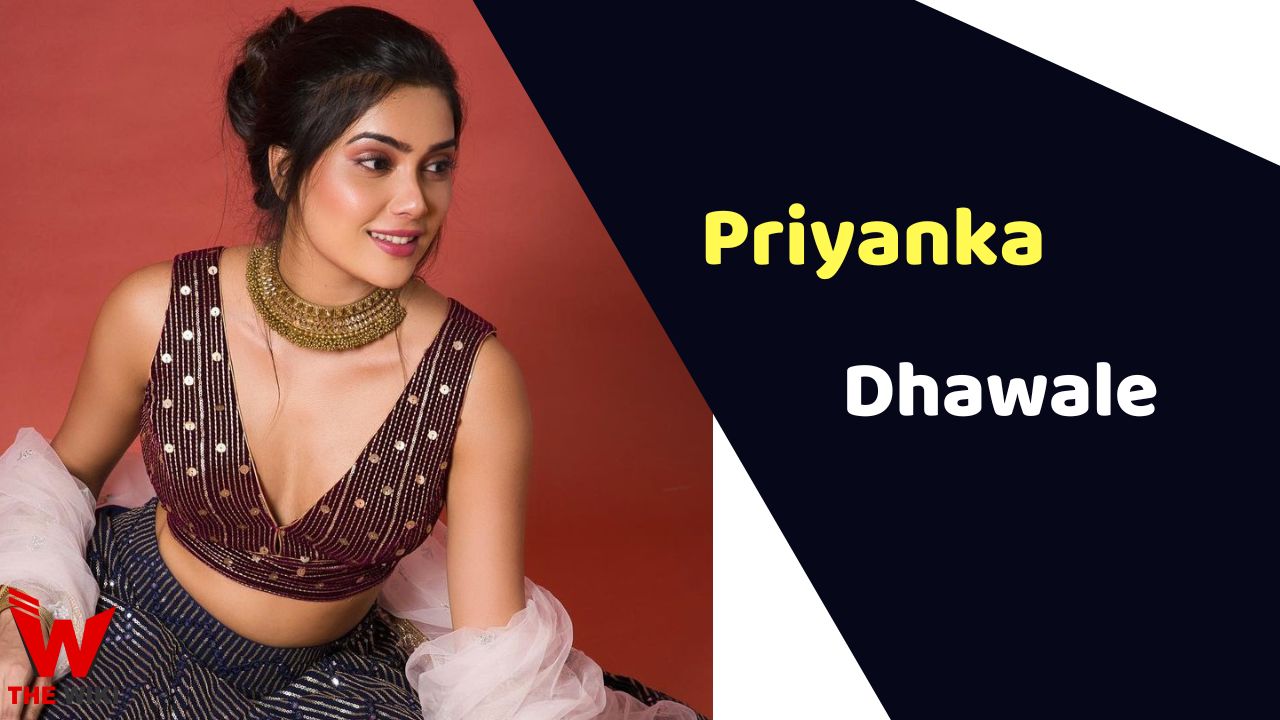 Priyanka Dhawale is an Indian actress and model who mainly works in Hindi TV serials. She is popularly known for featuring in Star Plus serial Mehndi Hai Rachne Waali, where she played a role of Amruta Deshmukh in 2021. Priyanka has also worked in many serials like Mere Sai – Shraddha Aur Saburiin (2017) and Kyunkii Tum Hi Ho (2022).

Priyanka Dhawale was born in Goregaon, Mumbai. She has completed her schooling from local school of Goregaon and then went to Patkar- Varde College. After her studies, she started her career as fashion stylist and took part in several modelling competitions and fashion shows.

After a brief a modeling career, she entered in acting industry. Priyanka first appeared in Mere Sai- Shraddha Aur Saburiserial as Krishna aired on Sony Entertainment Television in 2017. Priyanka then got popularity for portraying the role of Amruta Deshmukh in Star Plus’s drama serial Mehndi Hai Rachne Waali in 2021. She was cast along with Shivangi Khedkar and Sai Ketan Rao.

In 2022, Priyanka featured in Shemaroo TV serial Kyunkii Tum Hi Ho as female lead actress. She played the role of Kavya opposite to Harsh Nagar and Amar Upadhyay.

Some Facts About Priyanka Dhawale