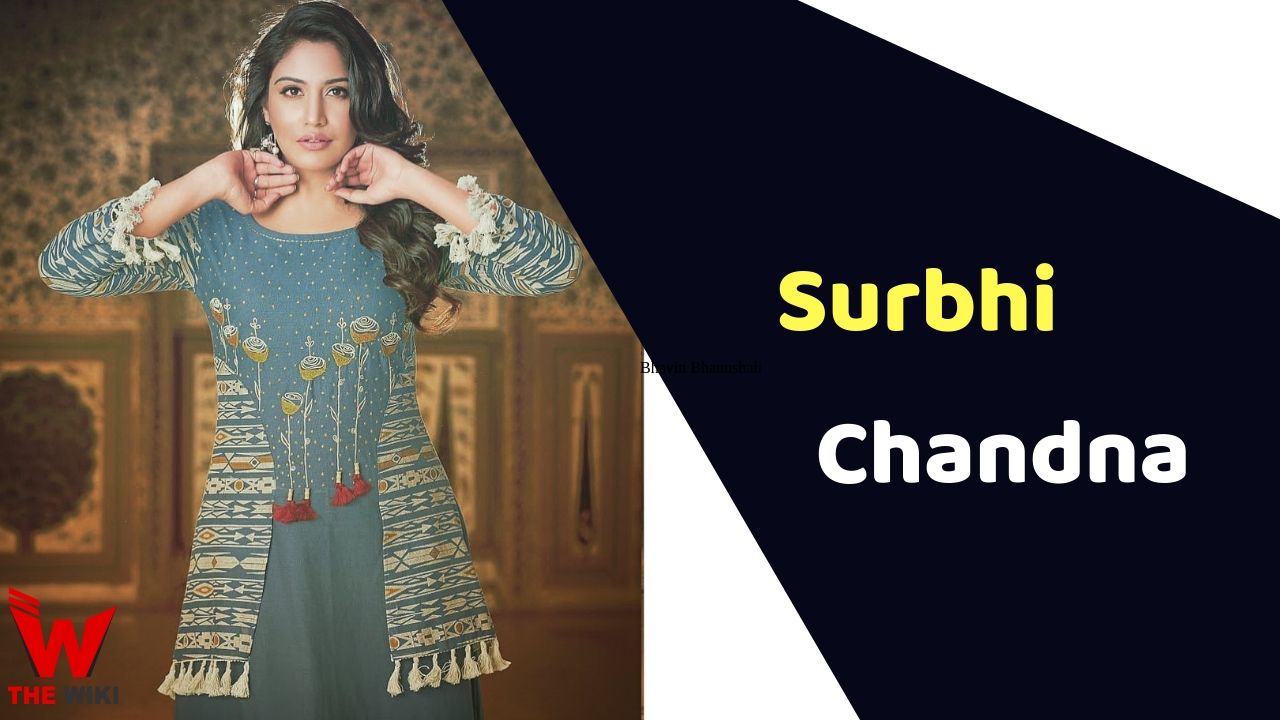 Surbhi Chandana is an Indian television actress. She got popularity with the role of Haya in the television show “Qubool Hain”, which was broadcast on ZeeTV. Later, she appeared in the Star Plus Channel’s many famous shows like “Ishqbaaz”, “Dil Bole Oberoi” and “Sanjivani“. Apart from television industry, She has also worked in the film “Bobby Jasoos”.

Surbhi Chandana was born on 11 September 1989 in Mumbai. Her father’s name is C.P. Chandana and mother’s name is Shashi Chandana. Her father is a businessman. There is also a younger sister of Surbhi in the family, whose name is Pranavi Chandana. Surbhi belongs to a Punjabi family which was shifted from Punjab to Mumbai after her birth. Surbhi always wanted to make an actress. For which she starts modeling and television commercials.

Surbhi Chandana has received her early education from Mumbai. She completed her graduation from a college Atharva Institute of Management Studies in Mumbai.

Surbhi Chandana started her career with television commercials and brand endorsements. After which she got the chance to play small roles in the industry. She started her career with a small role of sweety in “Taarak Mehta Ka Ooltah Chashmah” in the year 2009. After doing small roles in the television world, she got the opportunity to do a lead role in Haya Qureshi in Qubool Hai (2014).

After getting success in the “Qubool Hai” show, she started working in Star Plus’s show “Ishqbaaz”. During this, she also debuted in Bollywood with the film “Bobby Jasoos”. Chandan played the role of Annika in the Ishqbaaz. After the flamboyant success, Chandana appeared in episode 6 of Farah Khan’s reality show “Lip Singh Battle” on Star Plus.

In the year 2019, Surbhi is playing the character of Dr. Ishani in the Star Plus show Sanjivani, in which her opposite Namit Khanna is seen.

Surbhi Chandana is one of the India’s top actresses of television and has so far received many awards, including the Gold Award, Asian Viewers Television Award and Lion Gold Award.

Chandana is quite open about her personal life. She is currently in a relationship with Karan Sharma. Karan Sharma works in a corporate office. These couples are often spotted with each other. There are many friends of Karan and Surbhi who have told about their relationship.

Surbhi Chandana is very popular on social media, there are millions followers on her social media platform. She shares the videos and pictures set with her fans. Surbhi’s social media information is given below. You can follow her by clicking them.

Some Facts About Surbhi Chandna

Surbhi Chandna Video If you have more Details about Surbhi Chandna. Please comment below we will updated within a hour.
Loading...