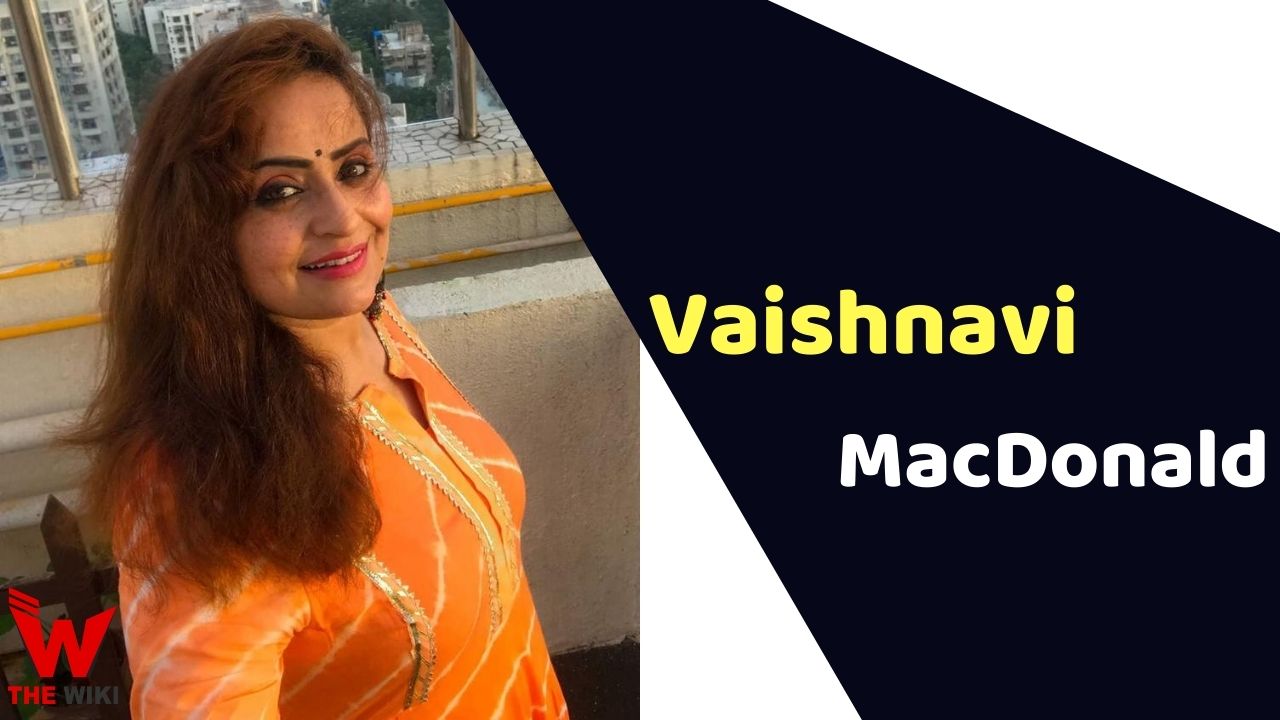 Vaishnavi MacDonald is an Indian film and television actress. Her full name is Vaishnavi Mahant Macdonald. She is best known for her role as Geeta Biswas in Mukesh Khanna’s television series Shaktimaan. She also worked in television shows such as Miley Jab Hum Tum, Sapne Suhane Ladakpan Ke and Tashan-E-Ishq. Apart from television, Vaishnavi has been also part of many successful bollywood films including Laadla, Bambai Ka Babu, Barsaat Ki Raat, Maa Exchange.

Vaishnavi was born on 9 September, 1974 in Madhya Pradesh, India. She has a younger sister Anu Mehta. Vaishnavi is also a certified nutritionist. She is married to Leslie MacDonald and also has a daughter named Margaret MacDonald.

In 1988, Vaishnavi made her debut in Bollywood as a child actress in the film Veerana as young Jasmin. Her other movies are Laadla(1994), Bambai Ka Babu(1996), Barsaat Ki Raat(1998), Maa Exchange(2011) and Dosti Ke Side Effects(2019). She became a household name with DD National’s superhero television show, ‘Shaktimaan’ in 1997.

Some Facts About Vaishnavi Macdonald

If you have more details about Vaishnavi Macdonald. Please comment below we will updated within a hour.