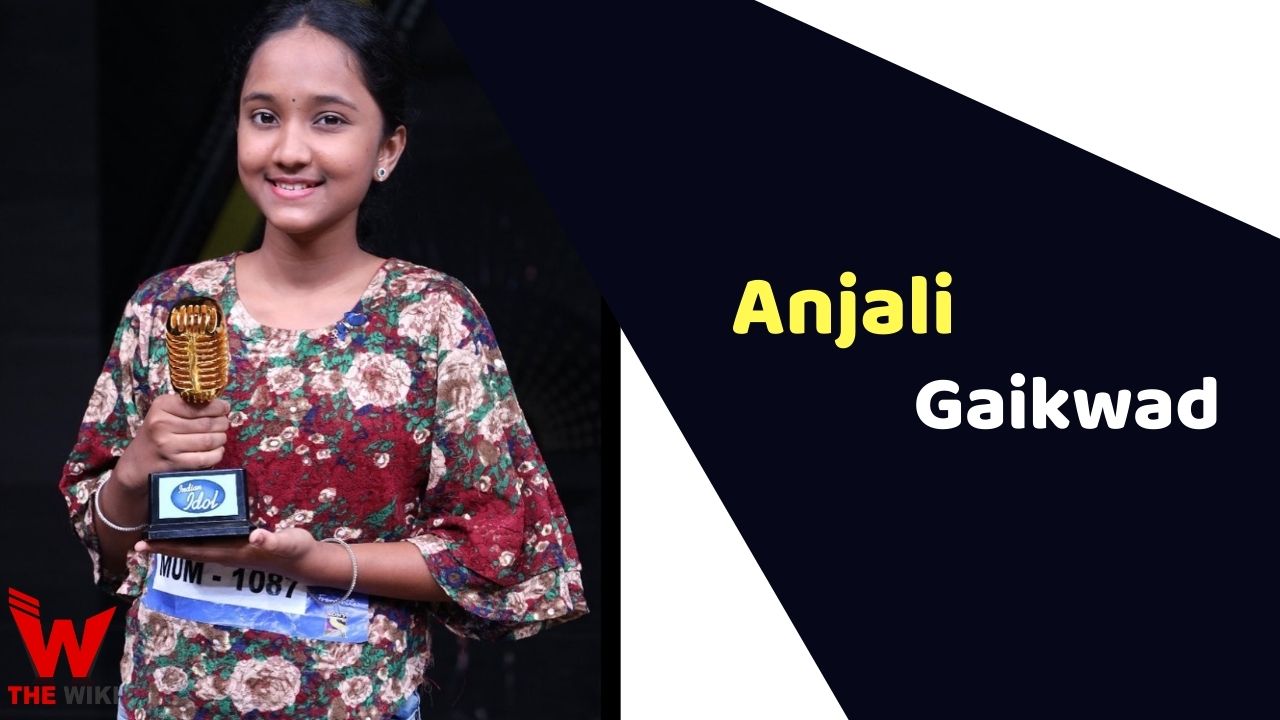 Anjali Gaikwad is an Indian playback singer, she got famous after participating on singing reality television show, Sa Re Ga Ma Pa Little Champs 2017. She was the joint winner of the show in 2017. Recently she participated in Sony TV’s show Indian Idol 12.

Anjali Gaikwad was born on 28 February 2006 in Ahmednagar, Maharashtra to a Marathi Hindu family. Her father’s name is Angad Gaikwad. He is a well-known music composer and singer. She has a elder sister Nandini Gaikwad who is also a playback singer.

Gaikwad started singing professionally after participating in Sa Re Ga Ma Pa 2017 at the age of 11. She joined as a challenger but soon went on to become a permanent contestant and won the finals in a tie. Gaikwad was a joint winner with fellow contestant Shreyan Bhattacharya. She was judged and guided by esteemed singers like Himesh Reshammiya, Neha Kakkar and Javed Ali.

In 2020, She participated on the famous singing show Indian Idol 12, where she was heavily praised by Neha Kakkar, Vishal Dadlani.

Some Facts About Anjali Gaikwad

If you have more details about Anjali Gaikwad. Please comment below we will updated within a hour.