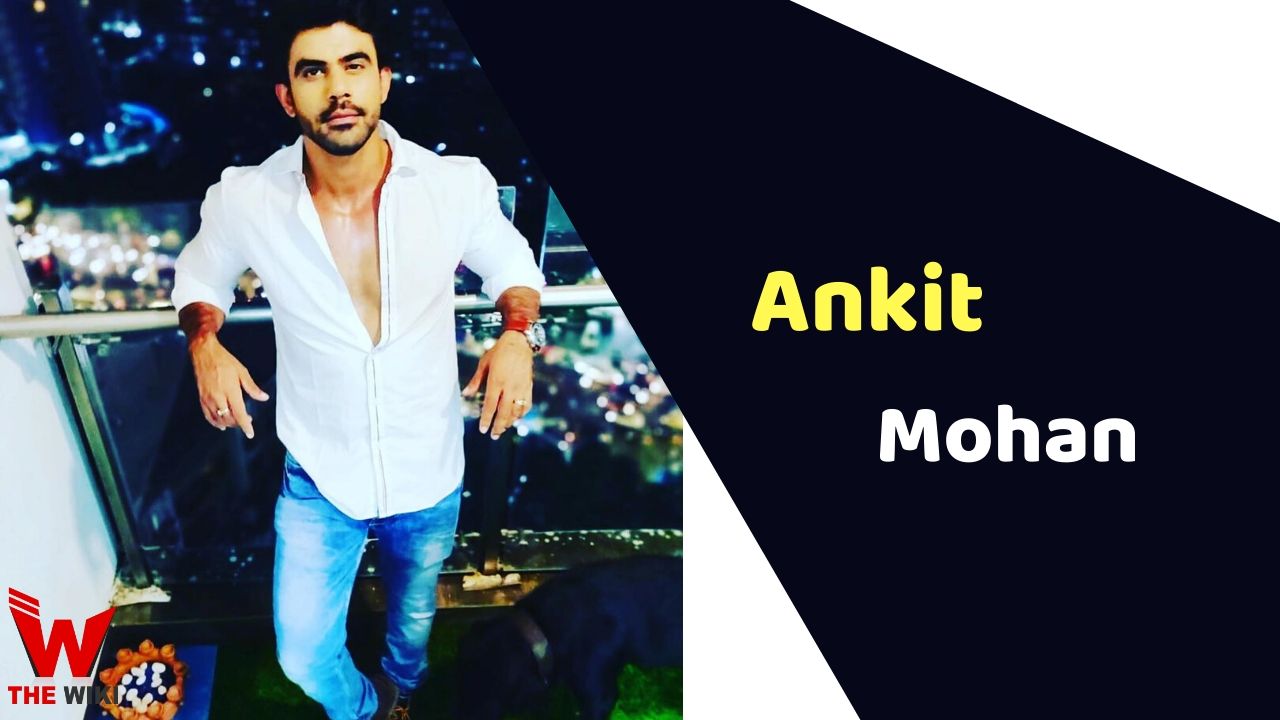 Ankit Mohan is an Indian television actor. He known for serials like Mahabharat, Haivaan, Naagin 3, Kumkum Bhagya etc. Recently He appeared in SAB television show Kaatelal & Sons. Mohan is originally from Delhi and started his career with the show MTV Roadies in 2006.

Ankit Mohan was born on 20 January 1988 in Delhi. His father Vikas Mohan is a businessman and mother Mohini Mohan is a homemaker. He received his early education from the National Public School in Delhi. After which he completed his graduation from Delhi University. In 2015 Ankit married his co-actress Ruchi Savarn.

Ankit had a dream of going into the field of acting since childhood. He started his career with season 4 of MTV’s popular show Roadies. He was seen participating in the show as a contestant. After this show he started getting offers for television shows. Ankit made his acting debut in Miley Jab Hum Tum in this show he played a minor role. After this show, he appeared in several television serials like Namak Haraam, Basera, Shobha Somnath Ki, Ghar Aaja Pardesi, Mahabharat, Kaatelal & Sons in important roles.

Apart from television, Ankit is also active in the film industry. He has worked in the films Mausam, Farzand and Fatteshikast.

Ankit Mohan married to television actress Ruchi Savarn on 2 December 2015. He met Ruchi for the first time on the set of serial Ghar Aaja Pardesi. The couple blessed with a baby son on 8 December 2021.

Some Facts About Ankit Mohan

If you have more Details about Ankit Mohan. Please comment below we will updated within a hour.