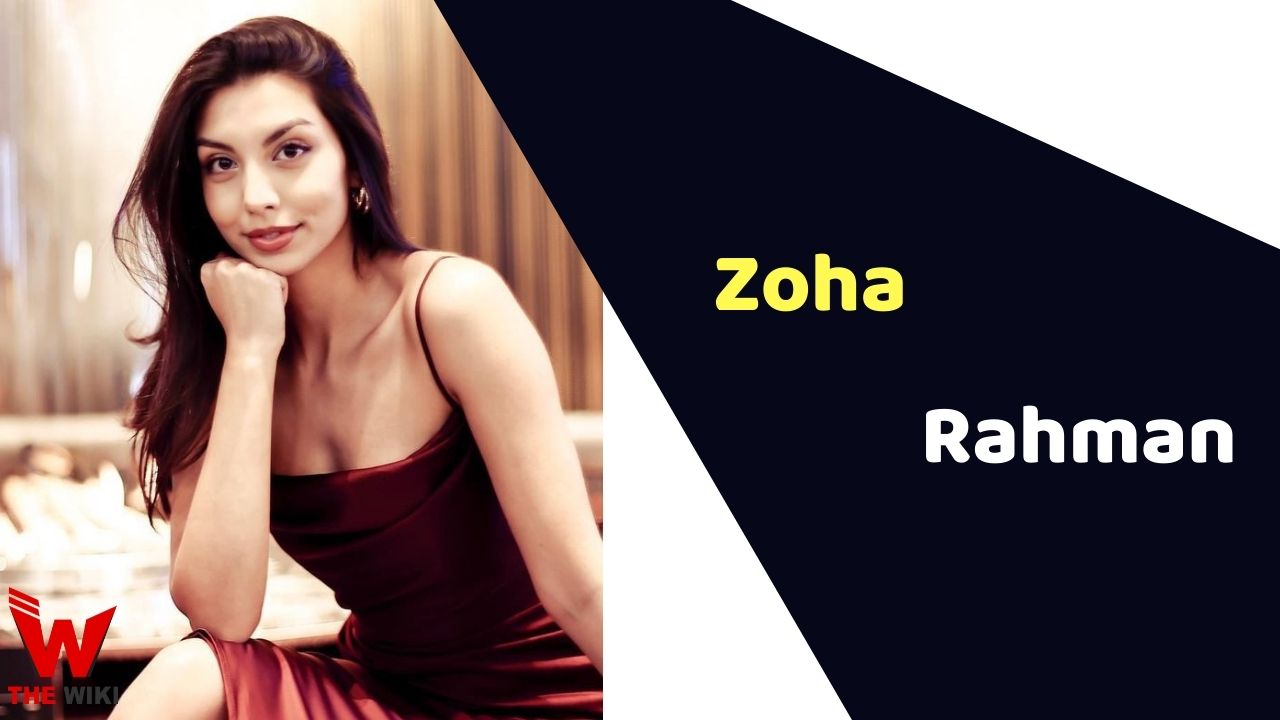 Zoha Rahman is a British-Pakistani actress and model. She predominantly works in film and television industry. She is most famous for her role as the first character wearing the hijab in the motion picture world of Marvel in Spider-Man: Far from Home in 2019. Zoha was part of Kabir Khan’s biography film 83 in 2021.

Zoha Rahman was born on 25 March 1994 in Jhelum, Pakistan. She did her graduation from SOAS University of London in law. She went on to study drama at London’s Identify School of Acting.

Zoha began her career with the romantic movie Mr. Majnu as Bobby’s Girlfriend in 2019. In the same year, she got featured in the action adventure-sci-fic film Spider-Man: Far from Home as Zoha in 2019. She later appeared in a supporting role in the 2019 action comedy-drama movie Housefull 4. The story is about three couples separated from one another by a diabolical stratagem, reincarnating over 600 years.

The next year, she played the role of Radha in the Zee5’s crime drama-thriller movie London Confidential starring Mouni Roy, Purab Kohli and Kulraj Randhawa. Zoha was subsequently part of Digital Relics and 83. Apart from films, Zoha made her debut with the television romantic series Never Kiss Your Best Friend as Inayat in 2020. She also starred in Young Wallander and Foundation.

Zoha Rahman tied the knot with Dan Khan in the year 2020. He is a businessman.

Some Facts About Zoha Rahman

“It’s an honor to be part of such a huge project next to some of the greatest stars of our time, It’s definitely one of the most exciting experiences of my life.”

If you have more details about Zoha Rahman. Please comment below we will updated within a hour.