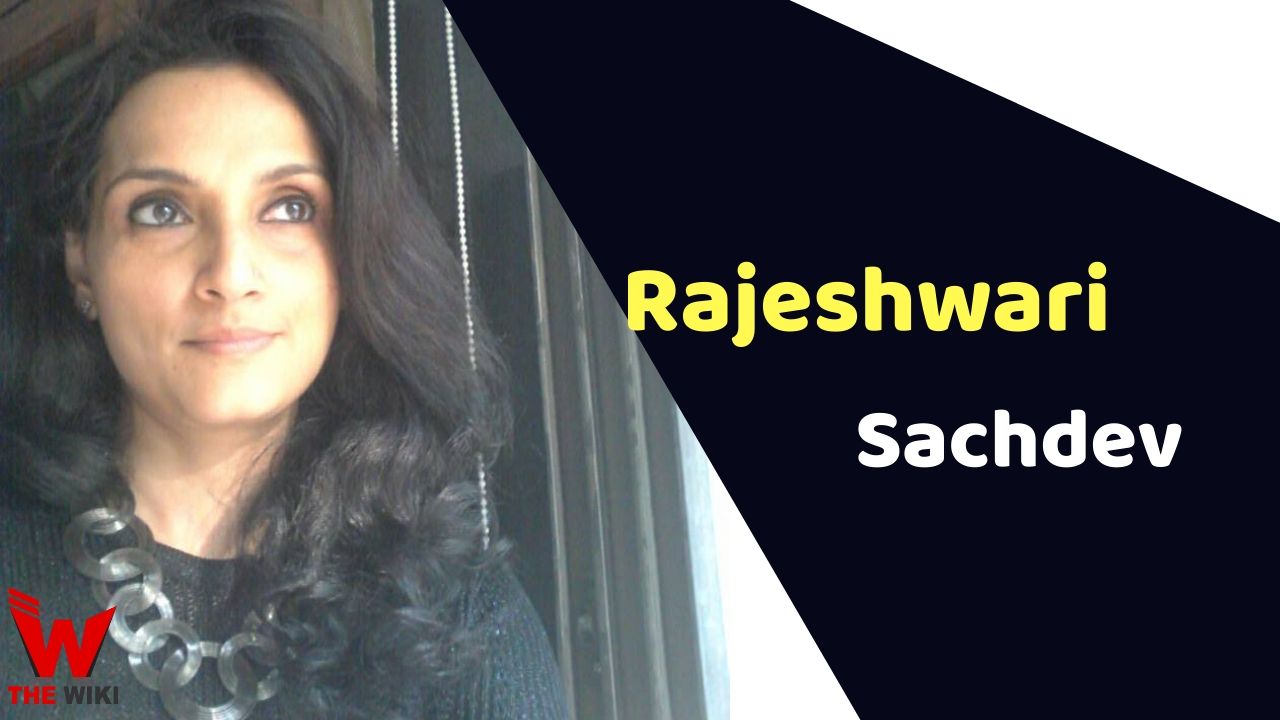 Rajeshwari Sachdev is an Indian television and film actress. She is known for television shows like Shaadi Mubarak, Dil Hi Toh Hai, Peshwa Bajirao and Balika Vadhu. In a career of 2 decades,Rajeshwari has worked in dozens of television shows and films and she has been active in acting industry since 1991.

Rajeshwari Sachdev was born on 14 April 1975 in Mumbai to a Punjabi family. Her mother belongs to Southern India. Rajeshwari’s real name is Raj Kaur Sachdev. She completed her education from Guru Nanak Khalsa College, Mumbai.

Rajeshwari started her career with theater based in Mumbai. After which she made her debut in 1991 with the Marathi film “Aayatya Gharat Gharoba”. Later she worked in many Marathi, English and Hindi films. Her most popular films include Issaq, Welcome to Sajjanpur, Netaji Subhas Chandra Bose, Sardari Begum.

Apart from films, Rajeshwari is also active in television industry. She has worked in television shows Dil Hi Toh Hai, Peshwa Bajirao, Balika Vadhu and Laut Aao Trisha. She has also been a part of the dance reality show Nach Baliye.

Some Facts About Rajeshwari Sachdev

If you have more details about Rajeshwari Sachdev. Please comment below we will updated within a hour.