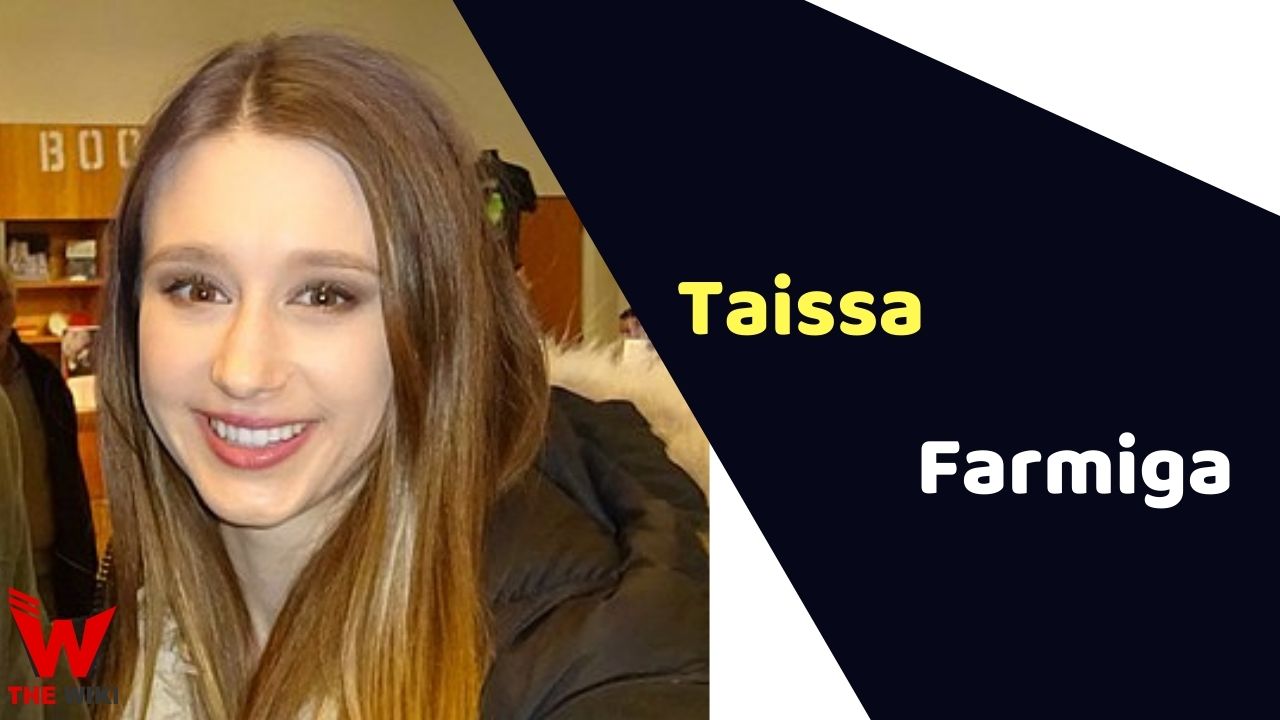 Taissa Farmiga is an American television and film actress. She gained from from her work in the American Horror Story, Roanoke, Murder House, Coven and Apocalypse. She did a stage show in the off-Broadway revival of the drama play Buried Child as Shelly in 2016, also starring Ed Harris and Amy Madigan. Her other notable works include 50 States of Fright, The Gilded Age, The Twilight Zone and Wicked City.

Taissa Farmiga was born on 17 August 1994 in Whitehouse Station, New Jersey. Her father’s name is Mykhailo Farmiga, and her mother’s name is Luba Farmiga. She has six siblings named Vera, Nadia, Laryssa, Alexander, Victor, and Stephan.

Taissa began her career by playing teenage character of Corinne Walker (played by Vera Farmiga) in a drama movie Higher Ground in 2011. She later appeared in three movies in 2013 satirical-crime The Bling Ring as Sam Moore, rom-com At Middleton as Audrey Martin, and psychological-thriller Mindscape as Anna Greene, who is on a hunger strike. The Next year, she got featured in the biographical drama movie Jamesy Boy as Sarah in 2014. It recounts the true story of former detainee James Burns.

In 2015, Taissa starred in the comedy-meta slasher film The Final Girls as Max Cartwright. The storyline follows a group of high school students who are carried away in a 1986 slasher film called Camp Bloodbath. In the same year, she appeared as Melanie Clark in the romantic-drama movie 6 Years. She played the role of Mary Anne in the western movie In a Valley of Violence in 2016 and was a commercial failure but received critical praise for her performances.

In 2017, she starred in the rom-com drama film Rules Don’t Apply as Sarah Bransford. It is freely inspired by the life of the famous director Howard Hughes. She was subsequently seen in The Long Dumb Road as Rebecca and The Nun as Sister Irene.

Taissa Farmiga tied the knot with the Hadley Klein in 2020 at her home in Los Feliz, Los Angeles.

Some Facts About Taissa Farmiga

If you have more details about Taissa Farmiga. Please comment below we will updated within a hour.