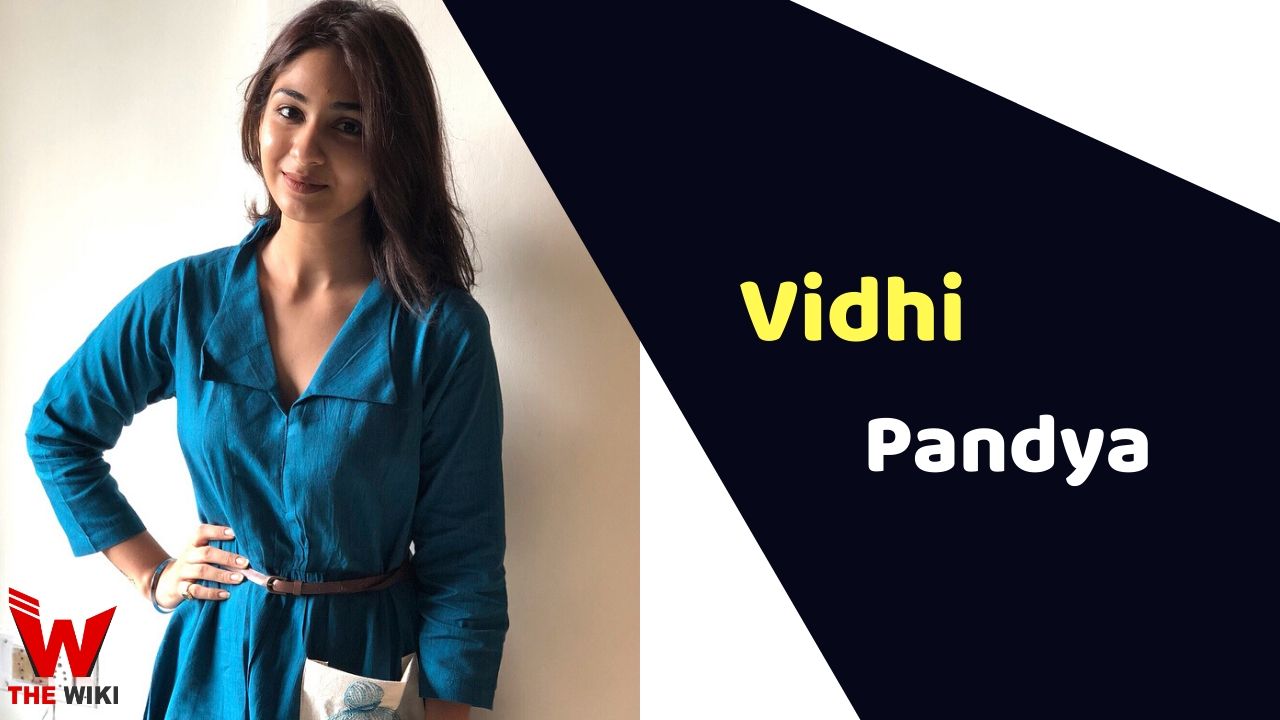 Vidhi Pandya is an Indian television actress. She is known for television shows Udaan, Balika Vadhu and Tum Aise Hi Rehna. She is active in the television industry since 2014.

Vidhi Pandya was born in Mumbai, Maharashtra. She started her career with Sony TV show Tum Aise Hi Rehna. In this show, she appeared in the role of Kiran Maheshwari. After this show she also appeared in the serial Balika Vadhu. She gained fame in the television industry from the 2016 serial Udaan in which she played the lead role of Imli.

Some Facts About Vidhi Pandya

If you have more details about Vidhi Pandya. Please comment below we will updated within a hour.